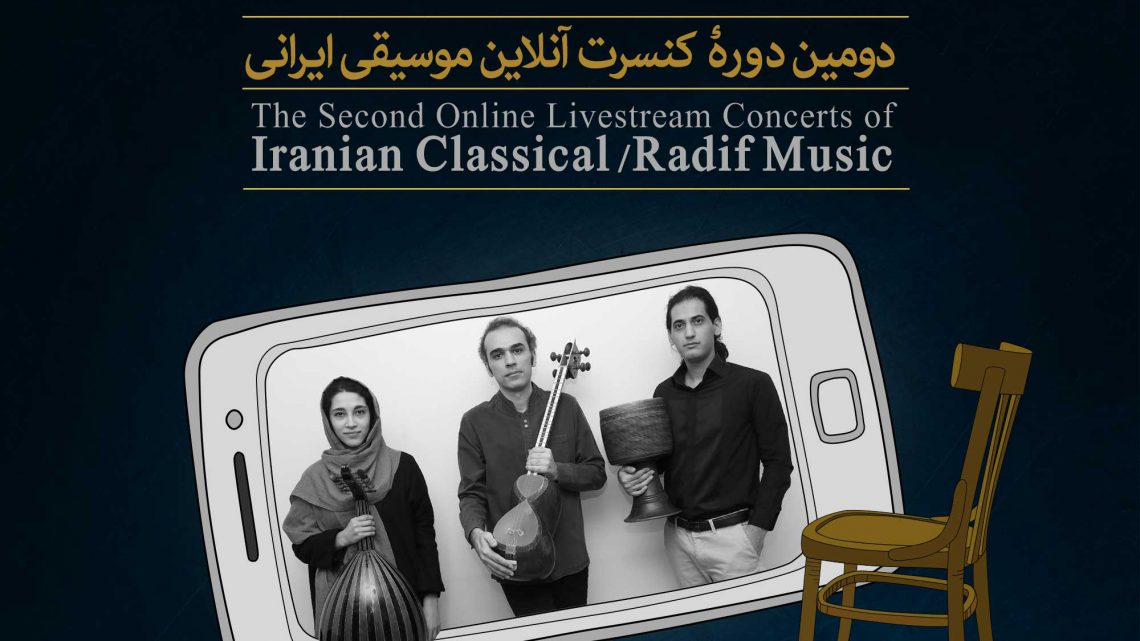 The second round of online concerts of Iranian classical (Radif) music begins today!

Don’t miss this 4-day concert series taking place in Tehran from December 17th-20th, 2020, which will be live-streamed on Bonyad Roudaki’s and Hafdang’s Instagram pages, as well as Tiwall.com.

Each night will feature two sets of concerts, most of which include both male and female performers.

“It’s important for such performances to be showcased and supported…Musicians need to share their work, and the main platform for this is an auditorium or concert hall…The audience wants to hear good, serious music, and the proper place for this is a venue like Roudaki Hall,” says musician Shayan Mirzaii, whose group hits the stage on Saturday at 10 PM Tehran time. “Although not having a real, live audience does make this a bit odd for us as musicians, because hearing live music being played up-close and physically feeling it, is an important part of the dynamic between the artist and his or her audience, but, in the end, having this opportunity to listen to a live performance is better than not having it.”

Named after the Iranian poet and musician, Abu Abdollah Roudaki, otherwise known as “Aadam-ol-Shoaraa” (Persian: Adam of Poets), Roudaki Hall, is a performing arts complex in Tehran, Iran where this instrumental-only set of performances, by some of Iran’s most talented musicians will take place.

“Naturally, it’s been hard for us as musicians to not be able to create and release the work we’ve created…Instead, we’ve had to stay at home and play and create for ourselves, it’s a bit…unreal. It’s like an athlete or football player that can’t play on a soccer field and instead has to play in his own yard,” concludes Mirzaii about the effects of the pandemic on Iranian musicians.

Roudaki Hall is one of the few venues in Iran built to accomodate acoustic-quality sound—due to 81 reflectors mounted in the ceil­ing—which allows its audience to have listen to a microphone-free, yet highly immersive experience.

To learn more and to watch these performances, find your time zone below and visit: @bonyad.roudaki and @hafdang on Instagram, and Tiwall.com.