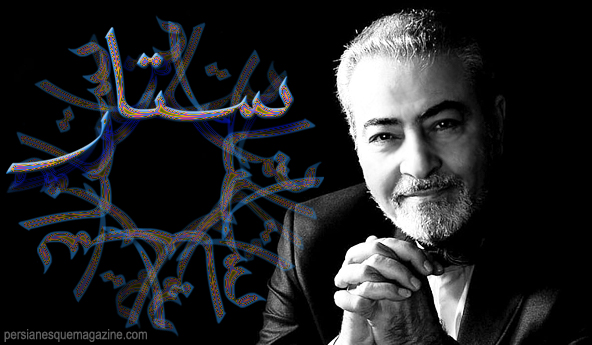 To mark the International Day of Friendship the UN encourages governments, international organizations and civil society groups to hold events, activities and initiatives that contribute to the efforts of the international community towards promoting a dialogue among civilizations, solidarity, mutual understanding and reconciliation.

And to actively participate in celebrating this day, WAALM released “Dare To Live / Vivere” this past summer, a duet sung by beloved Iranian singer, Sattar, (Pop-Lyric Tenor)  and  Argentinian singer Carolina Ghigliazza, (Soprano) to coincide with the International Day of Friendship.

Both artists lend their voices and talent in this song to promote understanding, forgiveness and human values through arts, and music, in particular.

Enjoy our quick interview with Maestro Sattar, who graciously chatted with us about his involvement in this project:

PEM: How did you get started with WAALM?

Sattar: It goes back to October 2005 when I was nominated and eventually the winner of two WAALM Awards. I got my first Golden Lioness for ‘Best Melodic Voice’ and the second for ‘Best Classical Arranged’. Once you are awarded by WAALM, you become their member of Academy, hence receiving more support and possibilities for contribution. I had the pleasure of attending most of their international events and as their official singer performed at their international stages in Budapest and London before audiences, laureates and dignitaries from over 20 nationalities.

What do you love about the work that you do with WAALM?

What makes WAALM a unique organization is that it is not just an international awarding body. It supports and develops arts including music as well as literature and media productions and actually operates like a Cultural Embassy for artists around the world including Persians. They use arts for establishing cultural diplomacy among the nations. Most of my non-Persian songs were facilitated and promoted by WAALM. I appreciate their confidence in me and I am happy that my English repertoire is well-received. For example my song, ‘I Believe’, reached the top 5 in the USA music chart among 19,000 tracks and stood at number 3 for four weeks! Or our duet with Carolina Ghigliazza, a soprano from Argentina reached number 1 in Argentina and number 2 in the UK charts. I am happy that I am recognized not only for my Persian Pop and Persian-Classical but also for my Non-Persian repertoire.  I am often touched, when I read messages from my non-Persian fans and their words of encouragements and love.

Which part of collaborating, out of the whole process, do you enjoy the most?

Being part of the causes that support ‘Peace and Friendship’ is a pleasure for me. I enjoy the entire process of selecting songs to practicing to recording it. Take ‘Dare to Live/Vivere’ for example: This song was recorded to promote International Day of Friendship. It was really enjoyable to see that Carolina’s fans as well as fans from other countries, were posting messages on my Facebook and my fans were write back on her Facebook and it was truly nice to see how the dialog among nationalities occurred on social media as the result of this collaborative song.

How long does it take to prepare for such projects?

It depends on my concert tours, recoding schedules, studio time etc. But the past projects took approximately two months to get released.

Is there someone you’d love to work with, but haven’t yet?

Some vocal artists might set a dream working with another singer, but I do not have such set minds. If I get a proposal to collaborate, which is close to my heart or I feel I like to collaborate with someone, I openly accept and approach. I see it as something that must occur, rather than planned for, especially if the collaboration is non-profit.

If you could work any musician from any time, who would be your dream collaboration?

Speaking of the non-Persian repertoire, I had the pleasure of singing Eric Levi’s song with WAALM Chamber Orchestra and covered several Nina Rota’s and Paul Anka’s compositions including with London Symphonic Orchestra. For the past couple of years I collaborated with young and talent singers such as Leonardo Tajabadi, Opera Baritone singer in France, Keiko Kagawa, Lyric Soprano of Japan and Carolina Ghigliazza, Soprano from Argentina, all of whom have unique warm voices. After 40 years of active singing career, recording over 350 songs and performing in more than 20 countries, honestly I do not have a dream collaboration but I am open  to consider all the possibilities and I am open to try new things and push the limits.

Who are your favorite non-Persian singers, for example, who do you listen to, while driving in the car?