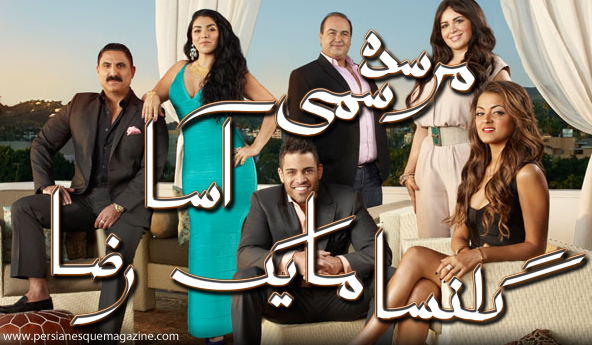 Shahs of Sunset finally has a premiere date!

Don’t miss the first all Persian cast reality show on American TV, as they bring the drama and laughter on March 11, 2012 at 10 PM EST on Bravo.

“We don’t work in buildings…We own them,” quips Mike Shouhed in a promo video for the Shahs of Sunset.

The new docu-series is said to feature a group of young Persian-Americans who work and live in Los Angeles “while balancing the demands of their families and traditions.”

Asa Soltan Rahmati grew up in Iran and moved to Germany when she was seven years old, subsequently moving to LA in her teens where she attended Beverly Hills High School and later UCLA, where the multilingual (she speaks four languages) Persian girl majored in Philosophy and Psychology. She is an artist and believes: “Art is the organic process of finding your own way to bring an inner energy into the outer dimension.” Additionally Asa thinks that “the only way to live an inspired life is to completely surrender to love; it is the natural force of the universe.”

Asa’s cast-mate Golnesa “GG” Gharachedaghi, is an up and coming  businesswoman who lives in Los Angeles. A graduate of Loyola Marymount University, she owns an online store for hair extensions, GG’s Halo. Not just stuck in the hustle of the business world, Golnessa is also a drug and alcohol addiction treatment counselor for The California Association of Alcoholism and Drug Abuse Counselors (CAADAC). She says, “I’d rather spend my life enjoying the birds, than wasting it wishing I had wings.”

And the third Persian princess on the show, Mercedeh Javid (aka MJ) is a real estate agent with Keller Williams Realty in Los Angeles and works in such areas as: West Hollywood, Hollywood Hills, Hollywood, Santa Monica, and Culver City. She graduated from California State University-Northridge in 2002.

The other two boys on the show are Mike Shouhed, who happens to be a real estate agent as well, and self-proclaimed “ladies man” Sammy Younai, a residential developer.

Mike, like the rest of his cast-mates, went to Beverly Hills High School. And he majored in Political Science and Economics at UCLA.