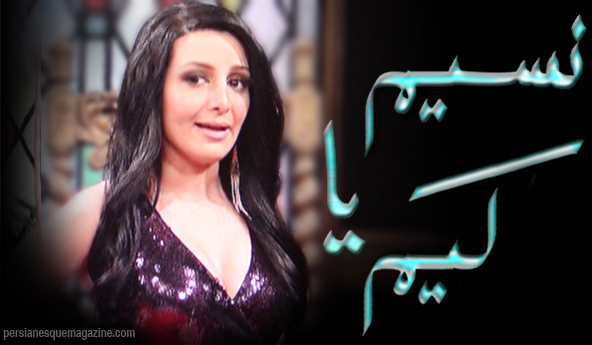 Nasim Pedrad as Kim Kardashian on SNL--Image via NBC

Did you see Saturday Night Live this past weekend?

Yeah…We didn’t either. (Does anyone watch TV according to the networks’ regularly scheduled hours anymore?)

We did however catch bits of our favorite SNL cast-member, Nasim Pedrad in another funny SNL skit, doing one of her more popular celebrity impressions: Kim Kardashian.

The Dana Carvey-hosted episode which aired on February 5th, 2001, deservedly paid homage to Carvey’s previous characters throughout the telecast. And Carvey’s Church Chat with the Church Lady stood out as the sketch setting of choice for the special attraction of the night, the “holy trinity of sluts: The Kardashians”.

“I’m the hot one.” Says Pedrad, during the act.

On Church Chat to discuss Kim’s now-infamous and clothing-lacking W magazine shoot, Pedrad, as Kim, tells the Church Lady: “I took some nude photos for W magazine and they promised to cover my butt, but then the magazine came out, and they didn’t cover my butt.”

Not trying to sugar-coat a dig, Carvey’s Church Lady responds: “You chose an interesting pose.”