US V. Iran in FIBA World Championship Games: Nothing but Love Amongst Players

The Iran V. US basketball match at the 2010 FIBA World Championship game held in Istanbul this week has created a lot of hype, but the one thing we walked away with from the well-paced game is: Friendliness! 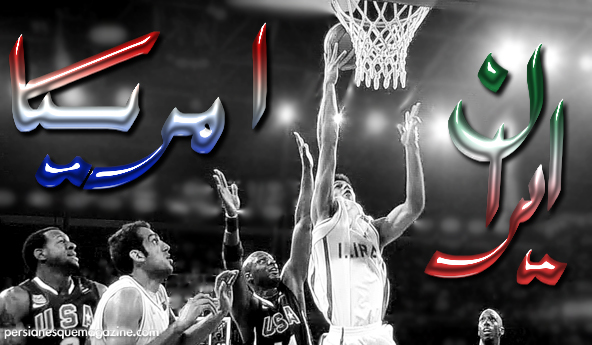 The Iran V. US basketball game at the 2010 FIBA World Championship game held in Istanbul this week has created a lot of hype, but the one thing we walked away with from the well-paced game is: Friendliness!

Let’s not kid ourselves: US is a basketball powerhouse, so we weren’t expecting to see the young Iran team whose appearance at the 2008 Olympics games in Beijing was their first since 1948–but we just couldn’t have been more energized watching the Iran and US teams in action.

Simply because the love was noticeable: There was a lot of patting, smiling, and overall positive vibe between the players–which just goes to prove what we all know deep down; we can all get along–because politics do not define all of us.

Iran did make an effort (at least in the first half): Arsalan Kazemi, a junior at Rice University even broke through Khloe Kardashian’s hubby: Lakers’ Lamar Odom’s defense and scored.

Hamed Haddadi, whose dedication to endure travel drama to remain involved in such games, we can only commend–apparently he has to re-apply for a visa for each entry in to the US, and sometimes has to wait in places like UAE for days, until his visa gets approved–led Iran with 19 points and pulled down six rebounds.

Did you watch the Iran Vs. Us game?

Next post Not your Average Snooki: Q & A with Lake Shore Potential Housemate, Persia