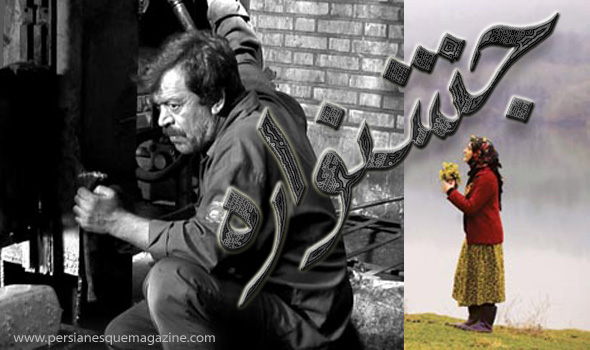 L to R: "A Man Who Ate His Cherries" by Payman Haghani, "Heiran" by Shalizeh Arefpour - Original Photos: Smithsonian Institute

Presented in conjunction with Falnama: The Book of Omens, the 2010 Iranian Film Festival begins on January 8th at Washington, DC’s Freer and Sackler Galleries.

Amongst the five new films are: “A Man Who Ate His Cherries” by Payman Haghani, “Shirin” by Abbas Kiarostami, “Two-Legged Horse” by Samira Makhmalbaf, and “Heiran” by Shalizeh Arefpour; in addition to a special presentation of Kiarostami’s “Ta’ziyeh/The Spectators.”

Abbas Kiarostami, is said to “convincingly and triumphantly brings the powerful experience of communal, ritual theater into the digital age with his groundbreaking film/video installation ‘Ta’ziyeh/The Spectators.'”

The film explores the Ta’ziyeh, a unique form of Islamic musical drama performed, often by ordinary citizens, in towns and villages across Iran. It dramatizes the famous 680 A.D. Battle of Kerbala, in which Muhammad’s grandson, Imam Hussain, was killed in battle along with his followers. Part theater, part religious ritual, it offers its audience the cathartic experience of collectively expressing their sorrow at the tragic events unfolding before them.

With this multiscreen video installation, Kiarostami invites the audience to participate in the ritual in a thoroughly unique way. One screen shows a performance of the Ta’ziyeh, while two much larger screens flanking it show the faces of audience members at the performance (segregated, according to custom, by gender).

Like the visitors to the film itself, they at first chat and relax before the show, but as the tragic play progresses, their emotions become heartbreakingly intense (2003, 80 min.).

Freer’s 14th annual festival of Iranian films will be shown Fridays and Sundays from Jan. 8 through Feb. 21 in the Meyer Auditorium.

Next post Iranian-American Woman of the Year: Shabnam Rezaei