The Power of Interview: Christiane Amanpour Launches Own Show on CNN 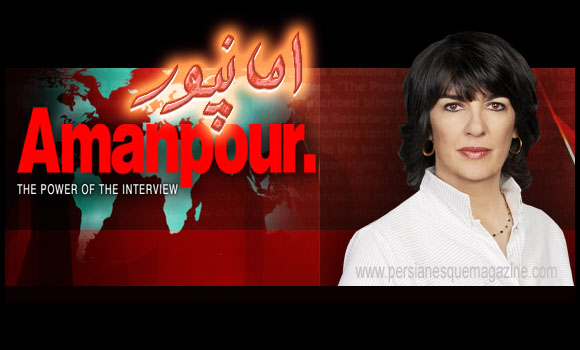 Simply titled: Amanpour, Christiane Amanpour’s journalistic  journey expands as she launches her own show on the network that she’s been reporting for, for over 25 years: CNN.

The interview show is set to air Monday to Thursday at 2100 CET, with a round-up of the best of the week on Fridays on CNN International and Sundays on CNN in the United States.

“I want this show to stir the global conscience,” Amanpour says.

Is this move slightly overdue?

Nevertheless, we are incredibly excited for the globally renowned and elegant Iranian role-model, to take over our tube starting this September 21st.

“I have witnessed so much that it’s time to start making real sense of it all,” Amanpour says. “I learned to seek facts and to tell the truth no matter how difficult or unpopular, and to not accept a false moral equivalence when none exists. I want to provide a forum for others to do the same.”

The agenda for the program is to combine Christiane’s “experience, sharp intelligence and extraordinary depth of knowledge,” to set the stage for “new global conversation.”

Next post Firooz Zahedi on America's Next Top Model

Iranian Women: Christiane Amanpour to Anchor “This Week” on ABC