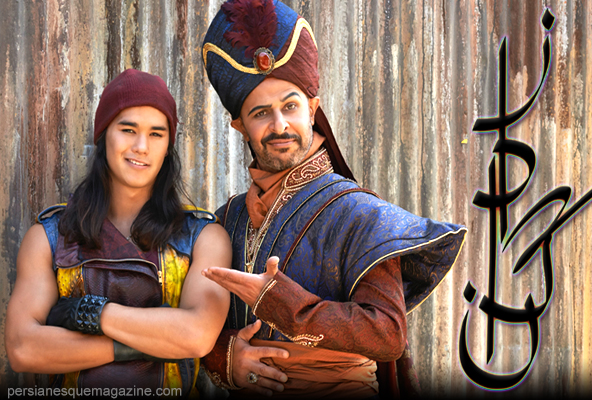 Disney’s “Descendants,” is a live-action movie that fuses castles with classrooms to create a contemporary, music-driven story about the challenges in living up to parental and peer expectations.

The synopsis reads: “The story, set in the idyllic kingdom of Auradon, playfully presents the unexpected possibilities of what happens after the “happily ever after.”  As it unfolds, Ben, the benevolent teenage son of the King and Queen (Beast and Belle from “Beauty and the Beast”), is poised to take the throne. His first proclamation is to offer a chance at redemption to Mal, Evie, Carlos and Jay, the trouble-making offspring of Maleficent, the Evil Queen, Cruella de Vil and Jafar, who have all been sequestered on the forbidden Isle of the Lost for 20 years. These villainous descendants are allowed into Auradon for the first time to attend prep school alongside the teenage progeny of Fairy Godmother, Cinderella, Sleeping Beauty and Mulan. Only time will tell if these evil teens follow in the footsteps of their wicked parents.”

As these sons and daughters of evil meet the children of goodness, their story incorporates empowering themes about self-confidence, finding the beauty within, freedom of choice, personal responsibility, teamwork, justice and empathy.

We caught up with Maz and chatted about his role as “Jafar” in Descendants:

PM: Do you plan on watching the premiere with your own kids?

MJ: Yes, I actually am taking my wife, kids and nephew to the premiere. I think my son and nephew will get it since they’re 7 and 8. My daughter is 4 1/2 so I think she’ll get it too, but we’ll see.

Did you take your kids on set?

No because we filmed in Vancouver and the kids are in LA. That would have been one hell of an expensive set visit.

How did you prepare for the role of “Jafar”?

I watched Aladdin a bit but also just had fun with the character. They gave us some really cool costumes to get us in the mood.

Did you give your “son” Jay, any advice?

Ha! He’s a very mature and together kid. I needed to take advice from him!

Are you a fan of live-action musicals?

I do like live-action musicals. Baz Luhrman’s Moulin Rouge was one of my favorite. This film will skew a little bit younger. I think kids are going to love it. I don’t get to sing or dance in this film unfortunately, but I got to watch some of the numbers and it is amazing how much goes into choreographing and coordinating a song and dance scene. I was really impressed with everyone involved and specially the director, Kenny Ortega.

Did you watch any of the cartoons referenced in the movie, growing up?

I saw Aladdin as a kid as well as Sleeping Beauty. I think it’s a really fun idea.

Who was your favorite villain growing up, and why?

Hmmm. I don’t think I rooted for the villains. I’m more of an Aladdin guy than a Jafar guy.

Who is Jay’s mom?

That’s for TMZ to find out.

Previous post Iranian Art Exhibition: "There Are Too Many Walls But Not Enough Bridges"