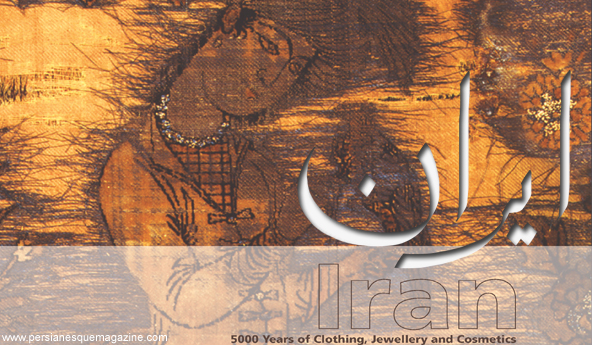 Massoume Price adds four new books to her Culture of Iran book series: Medieval Iran, Modern Iran (which cover Iranian history and art by using hundreds of images from objects in major museums in Iran and around the globe), Beauty & Fashion (which covers the history of clothing and jewelry by reconstructing attire from museum objects, and original miniatures and paintings), and Iran: 5000 Years of Clothing, Jewellery and Cosmetics

Having conceived the concept in 2006, Massoume Price and Zohreh Waibel have created a collection of books with high quality images for young readers, and the general public, on Iranian culture, art, and history.

The two met at the Museum of Anthropology in Vancouver, where Massoume was giving a talk on clothing and jewelry of Iran over the centuries. This led to creation of a solid project where a photographer was hired to take photos of various objects in Iranian museums, and a budget to purchase images from major international museums.

After more than a year the two eventually managed to get permission from the Iran Cultural Heritage organization to photograph artifacts at the National Museum of Iran, Reza Abbasi and Golestan Palace Museums.

Having access to a unique and incredible private collection of original first edition books on Iran in Vancouver, further enriched tthe project.

This collection included original books by Europeans, such as John Chardin, on Iran, and permission was given to scan the photo plates.

The first book in the series, Ancient Iran, a pictorial history for young readers was published in 2008. Ancient Iran received excellent reviews and was featured on PBS for Rick Steve’s Iran Fundraiser Program.

The book also won the Moonbeam Children’s Book Award in 2009.

For more information on these releases please visit:  anahitaproductions.com.

The books are available for purchase on amazon.com as well as Los Angeles-area bookstores: Sherkat Ketab and Ketabsara. Additionally, the books will also be available at the Freer Gallery of Art and Arthur Sackler Gallery in Washington DC soon.