" I Dream of Jeannie" will examine the Neo Orientalist themes so readily found within American popular culture. 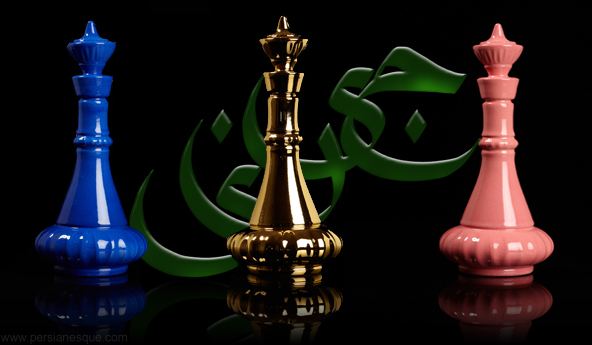 Iranian-American artist du jour, Eric Parnes‘ prepares for latest exhibition: “I Dream of Jeannie: I See Demons”, where, the artist touches upon a Neorientalist™ phenomena of late 1960’s Americana, that generated a remarkably powerful influence of aesthetic and musical fantasy still resonating to this day; the creation of a hit romantic comedy television series entitled, I Dream of Jeannie.

On show from October 23rd  to November 24th 2012 at the Katara Cultural Village  in Doha Qatar, ” I Dream of Jeannie” will examine the Neo Orientalist themes so readily found within American popular culture.

The artist’s distinct approach, as seen in all his work to date, comes across as relevant, fresh, and strikingly meaningful; and, no matter what subject matter thus far the artist has tackled, the denouement each time remains aesthetically interesting with a personal signature idiosyncrasy.

His work appears to philosophically salvage from both the old and the new, emerging with valuable classical Persian elements and from astute representations of the 21st century Middle East.

Starring actress Barbara Eden in the title role of a female genie, the show aired for an entire five seasons from September 1965 to May 1970, at first produced in black & white and, later, in color. The show’s concept creator, and writer of its pilot episode “The Lady In The Bottle,” Sidney Sheldon, later reminisced that the idea for Jeannie was partly inspired by the 1964 film The Brass Bottle, a cinematic production which had starred famed actor Tony Randall as well as the aforementioned Ms. Eden, along with musical artist Burl Ives portraying a friendly genie named “Fakrash.”

“The TV show then entered the mainstream vernacular of the typical American and still maintains its influence,” reflects the artist Eric Parnes. “This example of Neorientalism™ not only retains its poignancy, but it is even more relevant today.”

From the start, the lead female character of I Dream of Jeannie begins speaking in Persian, although Sheldon’s original script appears to state that her lines are to be read in an “Arabic” language; showcasing Hollywood’s confusing goulash of attempting to portray the exotic allure of Orientalism and the Middle East. At the same time, the choice of language is interestingly accurate, as the backdrop story of the One Thousand and One Nights tales (commonly known in the West as Arabian Nights) is primarily structured on famed Pahlavi literature of Persia. As the television show proceeded, Jeannie later began to exclusively speak in English, with rare exceptions.

Parnes points out that the name of the television show itself, I Dream of Jeannie, is a play on the French word “genie,” a derivative emerging directly from the Arabic word “Jinn” (a supernatural being mentioned in the Koran). The Western concepts of the genie usually range from the wondrously benign to the downright mischievous. Yet, in the Middle East, the Jinn is reportedly most often identified as having negative intentions of mischief-making and trouble-doing.

Parnes’ aesthetic contribution to the latest evolution of the Jeannie vessel makes the sculpture one of the strongest expressions of Orientalism, in the bottle’s overall journey in the West to its current reincarnation as a work of stirring symbolism in contemporary fine art.

“The selection of works in this exhibition examines the broader implications of the dynamics between the East and the West, as based in this program,” remarks the artist. Here, Parnes’ engaging photographs of Middle Eastern women adorned with an unexpectedly pink headpiece reminiscent of the Jeannie character, with matching pink scarves, subtly comment on the underlying clash of fiction and reality we face everyday as a virtue of the human experience.

Together, the group of works seen in the exhibition I DREAM OF JEANNIE / I SEE DEMONS collectively showcase an artist’s meaningful examination of Neorientalism™ in recent history and how this particular television phenomena has unexpectedly cast a powerful, enduring spell that continues to affect the world’s imagination of the East. Similar to the mystical character Jeannie having been released after 2,000 years in a bottle by a modern astronaut, as a contemporary visionary explorer Eric Parnes takes us with him on a fascinating journey to reopen the magical in our own present time.