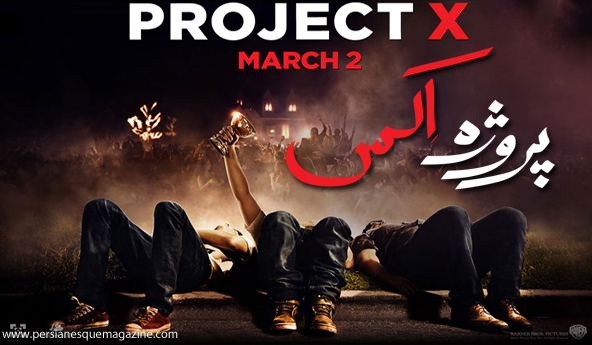 The ex-Londoner who now lives in LA started out making music videos (for the likes of UK talent like Lily Allen).

And now his found footage filmmaking, à la Paranormal Activity, about 3 high school seniors who throw a birthday party to in the hopes of becoming popular, hits theaters.

“It doesn’t feel like anyone’s gotten sick of it yet [laughs]. That could happen, but I think it’s really opened it up to lots of kids now. We know it works, it makes a lot of money and studios are on-board. And, like you said, for young filmmakers it might be a way to get a story out there that actually will really work. It could even drive your story. It would. It would be, “Oh, I have this idea, maybe I can do it this way for cheap.” It’s kind of taken over from the low-fi movie where it’s shot really badly…you know what I mean? Now you have an excuse for shooting really badly [laughs] and including really crappy looking footage. And it just makes it feel more real. I think it’s still a complicated way to tell a story and I think that’s getting more refined and it’s starting to feel like there’s rules to everything. I think it’s still got legs, and, again, there are so many different genres right now. It’s been strictly sort of the horror and now it can cross-over a bit more, a comedy, a drama maybe, an action movie – we’ve seen Chronicle, kids with superpowers. You know what I mean? It’s like a cool concept. I’m excited to see where it goes,” Nourizadeh tells Cinema Blend  about the sub-genre of movie making.

The New York Times has included it in its “Critics’ Pick” and calls it, “A Teenage ‘Home Alone’ Gone Wild”.

“The Oscars are swell, but once in a while a film comes along that is so courageous it deserves consideration for the Nobel Prize,” the NYT’s Neil Genzlinger writes.

*Watch a trailer for “Project X” below: