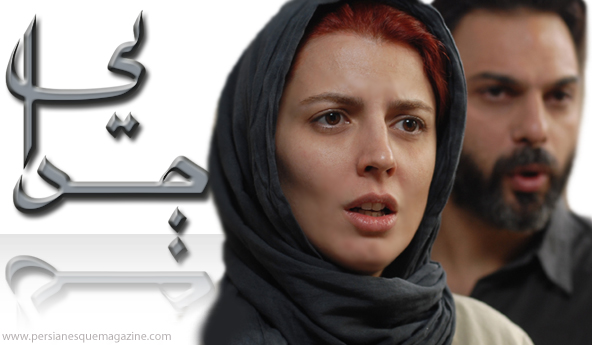 The first film from Iran to win an Academy Award for “Best Foreign Language Film”, Asghar Farhadi’s captivating drama”A Separation” (Jodaeyeh Nader az Simin), starring his daughter Sarina Farhadi, Leila Hatami, and Peyman Moaadi, revolves around a “middle-class couple who separate, and the intrigues which follow when the husband hires a lower-class caretaker for his elderly father”.

Farhadi’s acceptance speech during the Golden Globes–when he won for “Best Foreign Film”–was quite touching, however he easily topped his previous award ceremony speech with his words after he was named an Oscar winner at the 2012 Oscars.

“Salaam beh mardomeh khoobeh sarzaminam. (Persian: Hello to the good people of my land.).” He began, continuing: “At this time many Iranians around the world are watching us, and I imagine them to be very happy. They are happy not just because of an important award, or a film, or a filmmaker…But because at a time when talk of war intimidation and aggression is exchanged between politicians the name of their country, Iran, is spoken here through her glorious culture, her rich and ancient culture that has been hidden under the heavy dust of politics. I proudly offer this award to the people of my country. A people who respect all cultures and civilizations and despise hostility and resentment.”

As Leila Hatami, Peyman Moaadi, and Sarina Farhadi watched on in the crowd, Farhadi having beautifully delivered his speech, waved to the crowd (and presumably his cast) as he proudly walked off stage.

Surely Iranians everywhere are quite proud of Farhadi, for his brilliant work as an artist, and his thoughtful concern for his country and countrymen by making his big moment about them, and not himself or his film.

“A Separation” was also nominated for “Best Original Screenplay”. The award went to Woody Allen for his film, “Midnight in Paris”.

*Check your local theaters to watch “A Separation”.