Iranian Artists Exhibit in UAE: “Domination, Hegemony and The Panopticon” 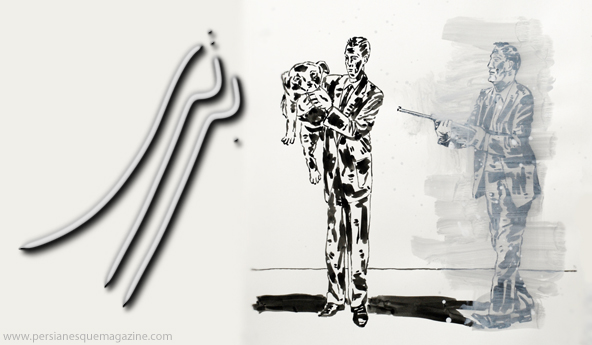 Curated by Rami Farook, this exhibit explores the notion of power through the writings of Jean Baudrillard and Michel Foucault, among others and will also feature a performance by hip-hop artists, Diligent Thought.

The Panopticon is a type of institutional building designed by English philosopher and social theorist Jeremy Bentham in the late eighteenth century. The concept of the design is to allow an observer to observe (opticon) all (pan) inmates of an institution without them being able to tell whether or not they are being watched.

The design comprises a circular structure with an “inspection house” at its centre, from which the managers or staff of the institution are able to watch the inmates, who are stationed around the perimeter.

Bentham conceived the basic plan as being equally applicable to hospitals, schools, poorhouses, and madhouses, but he devoted most of his efforts to developing a design for a Panopticon prison, and it is his prison which is most widely understood by the term.

Bentham himself described the Panopticon as “a new mode of obtaining power of mind over mind.”

Jean Baudrillard says of domination and hegemony: “In order to grasp how globalization and global antagonism works, we should distinguish carefully between domination and hegemony. One could say that hegemony is the ultimate stage of domination and its terminal phase. Domination is characterized by the master/ slave relation, which is still a dual relation with potential alienation, a relationship of force and conflicts. It has a violent history of oppression and liberation. There are the dominators and the dominated- it remains a symbolic relationship. Everything changes with the emancipation of the slave and the internalization of the master by the emancipated slave. Hegemony begins here in the disappearance of the dual, personal, agonistic domination for the sake of integral reality- the reality of networks, of the virtual and total exchange where there are no longer dominators or dominated.”

Jibberish, Feras Ibrahim and Wriggly Scott (aka DJ Solo) have worked together for years as members of the conscious hip hop collective Diligent Thought (alongside fellow member SoulPhonic) and also on each other’s individual projects. They are widely regarded to be at the forefront of the live hip hop scene in the U.A.E.