Bahar Behbahani: The Chronicle of Her Innocence 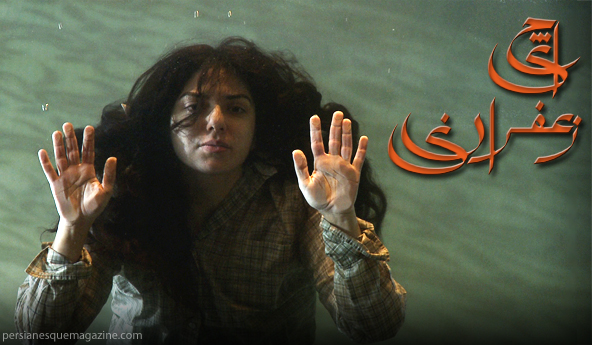 NYU Abu Dhabi presents a solo exhibition by Bahar Behbahani which began Fall 2011 and will run through January 27, 2012.

Behbahani explores her childhood memories of Iran’s turbulent history. Painting the psychological landscape of her upbringing she uses language, cultural symbols and icons to convey the “volatile sense of place” that she experienced as a child and how she perceives it now.

The large-scale mixed-media paintings dominate the gallery walls from floor to ceilings. Behbahani, says of her work: “The Chronicle of Her Innocence, though saturated in ambivalence, is a diary of my quest for truth in a land of subterfuge.”

The opening reception was well received by NYU professors, students, and the public. The opening featured a screening of Behbahani’s video, Saffron Tea, which captures a ritual tea ceremony juxtaposed with scenes of the artist submerged in a tank filled with water. Confronting memory and loss, the “video’s abstract narrative expresses deep feelings of displacement and longing” that reveals a new level of consciousness.

Following the screening, the curatorial director and co-founder of Art Reoriented, Sam Bardaouil, interviewed the artist.

It is the past the present and the future all in one exhibition: The notion of time is apparent.

The painting exhibition is on view at NYU Abu Dhabi Institute, 19 Washington Square North. Monday through Friday 9-5pm until January 27, 2012.

Presently, Behbahani is working on her next video project while her paintings and video art work will be featured at the Abu Dhabi Art Fair and Scope Miami this year.