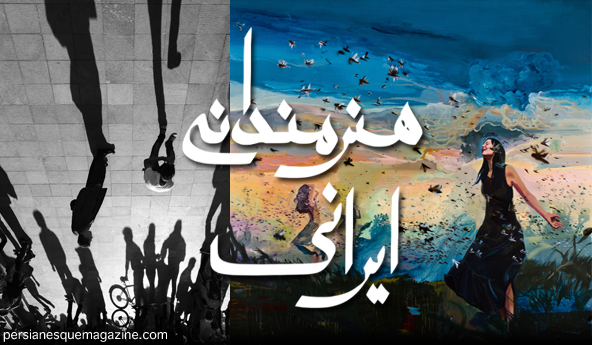 Works by 25 of the most promising Iranian contemporary artists will be on free public exhibition at the prestigious Royal College of Art in London, during London’s Frieze Week from October 10–15, 2011.

The exhibition concludes with a charity auction of the exhibited works conducted by Christie’s; directly followed by an announcement revealing the MOP CAP 2011 Winner.

This unique Prize was established in 2008 by Magic of Persia (MOP) as part of their efforts to nurture and develop Iranian cultural practitioners of the arts outside of Iran. Proceeds from the auction of Finalists’ works are dedicated to sustaining the Magic of Persia Contemporary Art Prize (MOP CAP).

MOP CAP is a global search to identify the most talented emerging Iranian artists and provide an international platform for their careers.

Selected from over 100 nominees, the finalists were chosen from a shortlist of 25 who were exhibited at Traffic, Dubai during March 2011. The winner will be selected by a revered judging panel whose members include leading figures from the Iranian and International art scenes:

The MOP CAP winner will be awarded a solo exhibition at a leading gallery in London in 2012. For MOP CAP 2011, the winner’s prize has been generously sponsored by Mr Farbod Dowlatshahi.

The Magic of Persia Contemporary Art Prize (MOP CAP) is a global search for the next generation of contemporary Iranian artists; the majority of whom have had very limited exposure to the international art scene. The central goal of the prize is to provide an opportunity for gifted artists to gain international exposure, and through doing this, make a notable contribution to the long-term advancement of Iranian art and culture worldwide.

The first of its kind, MOP CAP aims to identify the most talented contemporary Iranian artists in the categories of Painting, Sculpture, Photography and New Media.

The prize is open to Iranian artists living and working both inside and outside of Iran; and in order to be considered, applicants must be nominated. The nomination panel is comprised of carefully selected gallerists, curators, artists, and critics who are familiar with the Iranian art scene. It is the role of these experts to nominate up to two artists that they feel merit the award.

Nominees who meet the entry criteria are required to submit images of their work , as well as a biography and artist’s statement. These are then viewed online by the MOP CAP judging panel, who select a shortlist of 25 artists. The shortlisted artists’ works are exhibited at a space in Dubai the following March, where the judging panel meet to establish 5 – 10 Finalists. This coincides with Art Dubai, and once the Finalists are announced, the exhibition is opened to the public. The works of the Finalists are subsequently exhibited in London at the Royal College of Art (RCA) in October 2011 to coincide with the Frieze Art Fair. Here, the judges reconvene to deliberate on the Prize Winner. On the final night of the exhibition, an auction of all of the Finalists’ works is conducted by Christie’s, with the proceeds dedicated to sustaining the Magic of Persia Contemporary Art Prize.

Following the auction, the Prize Winner is announced and awarded a solo-exhibition in an exhibition space at a leading gallery in London.

Next post Reza Aramesh: "Them Who Dwell on the Earth"