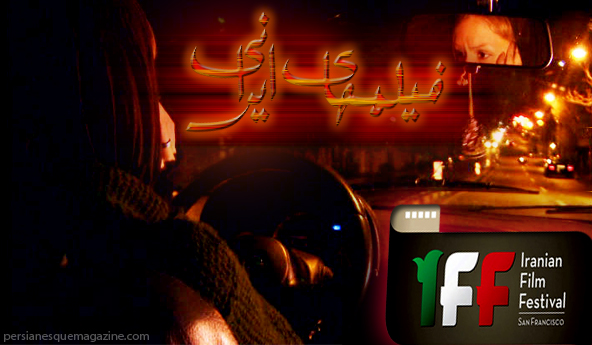 The Alleys (Kucheha), 2010 by Yalda Sarhaddi

The Iranian Film Festival (IFF) is an annual event showcasing the independent feature and short films made by or about Iranians from around the world, held at the Art Institute of San Francisco.

IFF is also a platform for the Iranian filmmakers living around the globe to express their vision and talent through the artistic medium of film. Iranian Film Festival (IFF) was established to support the Iranian film and culture in the Iranian-American community of the San Francisco Bay Area and beyond.

This year’s IFF will run from September 10-11, 2011  and will feature a long list of must-see Iranian films in addition to a tribute to Ebrahim Golestan.

Iranian writer, photographer, translator, publisher, and filmmaker, with a career spanning half a century was born in 1922 in Shiraz. He went to Tehran to attend the University of Tehran, then the only secular college in Iran. He studied law at the university but was attracted to socialist ideas. In 1944 he joined the Tudeh, Iran’s most important Marxist political party. In the ideological debates that splintered the party following the Azerbaijan Crisis, Golestan sided with the reformists led by Khalil Maleki and joined him and other dissidents in resigning from the Tudeh in early 1948. That same year his first collection of short stories, Azar, mah-e akhar-e payiz (Azar, the last month of autumn), was published. Although he continued to write stories, in the early 1950s his main occupation became filmmaking. During a twenty-year period, Golestan wrote the scripts for, directed, and produced several films. His movie A Fire was the first Iranian film to receive an international award, winning a bronze medal at the 1961 Venice Film Festival.

In 1958 Golestan met and hired for his film studio the poet Forugh Farrokhzad. Because he was married and a father, his eight-year relationship with her was controversial. In the mid-1970s Golestan moved to Britain in Sussex, where he resettled permanently. He continued to write short stories in the 1980s and 1990s. In 2003 his son, photojournalist Kaveh Golestan, was killed by a land mine while covering the U.S. war in Iraq. His daughter Lili Golestan is a translator, owner and artistic director of the Golestan Gallery in Tehran. His grandson, Mani Haghighi, is also a film director.

His film, “Brick and Mirror”, is as fabled for its significant thematic and technical breakthroughs. Moody realism conveys a stark poetry in this tale of a cab driver stuck with an abandoned baby in his back seat. Moral quandaries and social fears vie with eroticism when the driver and a lonely woman spend the night with the baby as the phantom facsimile of a family. The film’s finale, set in an orphanage, is a stunning, haunting piece of social realism that was to send ripples of influence through the next four decades of Iranian cinema.