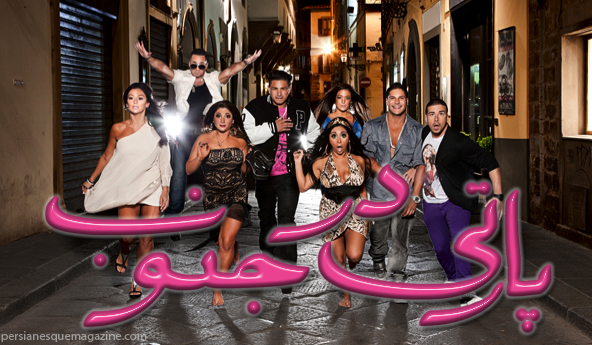 Doron Ofir Casting & 495 Productions announce their latest casting call, for their most recent project, The Party Down South (working title).

We know the Iranian-American community is a formidable group in the US that expands across the coastlines, boundaries, and cliques…but do we have any representatives in the South?

And should this show air (unlike the much-hyped Persian Version–which we were repeatedly assured was “still in production”), we wouldn’t mind seeing a Persian-American Southerner hit the scene.

After all, Persian-Americans are some of the hottest party folk around. Right?

We’d love to see the melting pot at work and see an Iranian-American on the tube with a southern accent…wouldn’t you?

The producers, who happen to be the same casting company and production company behind MTV’s pop-culture hit series, Jersey Shore, are in search of the hottest, and most outrageous characters amongst Gulf Southerners, Bayou residents and Cajuns to star in Party Down South.

The official casting tour begins July 27th, 2011 and related events and interviews will be held at the following venues:

The official casting and digital application to be considered and invited to audition can be found at partydownsouth.com.

You can apply online if you’re unable to attend or if you want to be considered for a VIP invitation to the casting call in your area.

Previous post Remembrance: Flashmob in Paris in Support of 2-Year Anniversary of #IranElection

Persians on Reality TV: Vote for Melissa and Roxie aka Persia