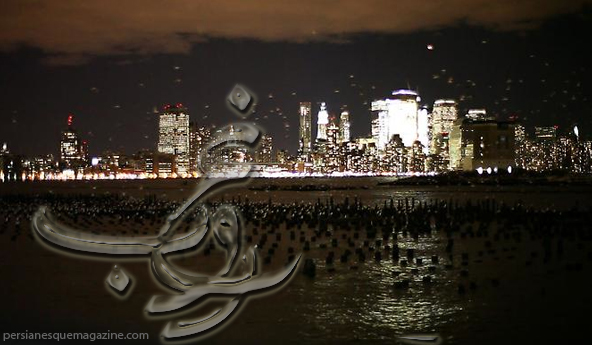 A solo exhibition of collaborative work by video artist and filmmaker Shoja Azari and painter Shahram Karimi will be on view at LTMH Gallery’s pop-up exhibition at Tripoli Gallery of Contemporary Art, in Southampton, NY from July 29 – August 15, 2011.

Featured in the exhibition are the artists’ innovative “video paintings,” which combine painting with video projection to create dynamic surfaces of moving images.

Azari and Karimi’s video paintings are achieved by superimposing filmed footage of landscapes onto canvases that are painted with the same subject matter. Once the mirrored moving image is projected onto the painted canvas, the flat surface is suddenly brought to life. The physical result is unexpected, and the viewer gets a distinct impression that these surfaces have been infused with poetry and life.

Included in the exhibition is Azari and Karimi’s Silence Series, 2007-2008, which is comprised of four video painting works, each representing one of the four seasons. In these works, abstract views of a lake are depicted with subtle movements of wind, water, rain, and other natural elements bringing the canvas alive, and imparting an element of real time on an otherwise frozen moment.

Also on view will be two new video paintings, The Mist, 2011, and Dusk, 2011, which introduce increasingly realistic elements including birds, boats, buildings, and people. In The Mist, a trio of people swim across a misty lake. Dusk portrays a spectacular view of the New York City skyline, alive with light and movement.

Shoja Azari has lived in New York City since 1983. His films and video installations have been screened and exhibited widely around the world. His video work has been seen in solo gallery exhibitions in London; Turin, Italy; and Köln, Germany, and at art fairs including Art Basel, Switzerland, and ARCO, Madrid.

Shahram Karimi has worked as the production designer on many of Shirin Neshat’s films, most recently the award winning Women Without Men. Karimi’s art has been widely exhibited in Iran, the United Arab Emirates, Turkey, Germany, Italy, and New York. He most recently had a solo exhibition at the Stadtmuseum in Siegburg, Germany.