I know it's not a perfect film (very few are), but it is a project I'm proud of. I think that people will leave the theater discussing some of the topics that are raised by the film. 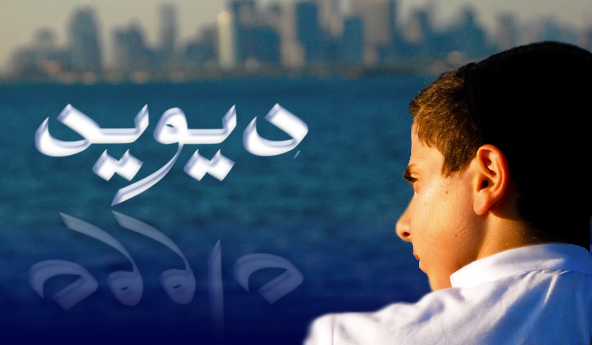 Starring Iranian-American actor and comedian, Maz Jobrani, as “Daud’s Father”, the film “David” (winner of the coveted Audience Award at The Brooklyn Film Festival) is about Daud, the son of an Imam at a local mosque in  Brooklyn, as  he “juggles his father’s high expectations, the dynamics of a conservative family, and being different–even from his peers in the Muslim community”.

Through an innocent act of good faith, Daud inadvertently befriends a group of Jewish boys who mistake him for being Jewish and accept him as one of their own.

While working together on a summer project, a genuine friendship is formed between Daud and Yoav, one of the Jewish boys. Unable to resist the joy of a camaraderie that he has never felt before, David, as he is known to the Jewish boys, gets drawn into a complicated situation that is based upon both the best of intentions, and youthful deceit.

When the Jewish boys discover that Daud has lied to them, his world is shattered, and he is left alone, struggling to come to terms with his place in the world.

We were able to catch up with the star of “David”, Maz Jobrani, for a quick interview about his role in this touching tale.

How did you get involved in this film?
My agent found it and got me the script. I read it and really enjoyed the message. They were able to shoot all my stuff in four days in Brooklyn, so we made it happen.

Why do think the story is an important one?
I just think any story of tolerance is important. This one is also told through the eyes of a Muslim kid getting along with a Jewish kid so it makes it even more poignant.

How did you prepare for your role? Did you have to learn any Arabic?
I grew out my beard and hair (I was playing an Imam of a mosque in Brooklyn.) Unfortunately, I didn’t have time to learn Arabic so I ended up speaking in english with an Arabic accent. We were able to reconcile that by having my wife be a Turkish muslim so we speak english at home.

Did you relate to your character?
Some. I guess being a father makes me relate to the character. Also, the character reminded me a little bit of my dad. I think that anyone with a traditional father can relate to my character in this film. Granted…My character might have been a bit more conservative and strict than some fathers I still think that people will see some of their own dad in this character.

What’s the biggest lesson you learned from making this film?
That you can make a passionate film with little money. It was amazing to see the community of Arabs and Jews in Brooklyn embrace this film and get involved to help it get made.

How do you think/hope audiences will receive this movie, and its message?
I hope that it sparks conversation. I know it’s not a perfect film (very few are), but it is a project I’m proud of. I think that people will leave the
theater discussing some of the topics that are raised by the film.

If you’re like us and can’t get enough Maz Jobrani, then be sure to check out another film featuring the Iranian superstar:  “Just Like Us”.

“It’s a documentary that premieres this month about laughter in the Middle East, directed by my friend Ahmed Ahmed.” Jobrani shares.

Next post Remembrance: Flashmob in Paris in Support of 2-Year Anniversary of #IranElection