With his recent $3 million donation to the Louvre for "research and educational projects on Persian art" Iranian billionaire and philanthropist, Pierre Morad Omidyar, continues to make us proud. 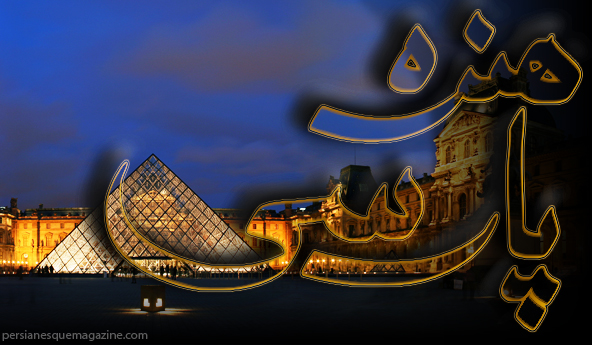 With his recent $3 million donation to the Louvre for “research and educational projects on Persian art” Iranian billionaire and philanthropist, Pierre Morad Omidyar, continues to make us proud.

A fund is planned to be created in his mother’s name:  Elahé Mir-Djalali Omidyar, who got her doctorate in linguistics at the Sorbonne and is the founder and president of the Roshan Cultural Heritage Institute.

“Thanks to Elahé Mir-Djalali Omidyar’s generosity and commitment, long-term projects will allow for the unprecedented promotion of the Louvre’s Persian collections, within the museum’s eastern antiquities and Islamic arts departments,” Louvre director Henri Loyrette said in a statement.

“The gift comes at an opportune time for the institution, whose new Islamic arts department will open next year.”

Born in Paris and raised in the Washington DC metropolitan are, Omidyar told Forbes writer, Clare O’Connor last September: “We sort of skipped the ‘regular rich’ and we went straight to ‘ridiculous rich…I had the notion that, OK, so now we have all of this wealth, we could buy not only one expensive car, we could buy all of them. As soon as you realize that you could buy all of them, then none of them are particularly interesting or satisfying.”

True to his philosophy, Omidyar and his wife Pam now run a philanthropic investment firm called the Omidyar Network, which creates opportunities for people to “improve their lives by investing in market-based efforts that catalyze economic, social, and political change.”

The formation of Omidyar Network was inspired by the 43 year-old (soon to be 44, on June 21st 2011) Pierre’s “experience at eBay, which he founded in 1995 based on his beliefs in the potential of individuals and the power of markets.”

According to Forbes, as of March 2011, Pierre Omidyar is the 145th richest person in the world.

Omidyar has an honorary doctorate (in Public Service) from his alma mater, Tufts University. He is also an investor of Montage Resort & Spa in Laguna Beach, California.