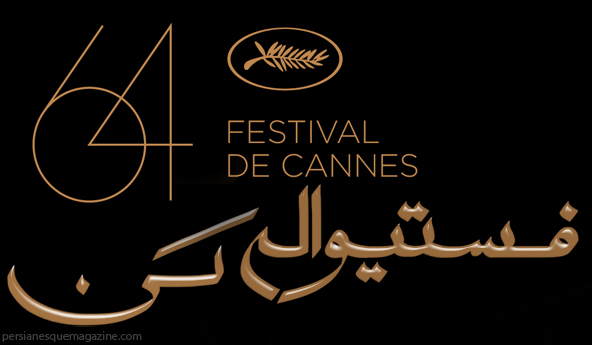 With all the buzz around Melancholia director, Lars von Trier’s Nazi-related comments, and his subsequent status as “persona non grata” as declared by the Cannes board of directors, we still can’t help but focus on the Iranians presenting their work(s) at the 2011 Cannes Film Festival.

Although major contenders and Iranian filmmakers, Jafar Panahi and Mohammad Rasoulof, with their films In Film Nist (This Is Not A Film) and Bé Omid é Didar (Hope To See You) respectively, did not make it to the 64th annual festival in south of France due to their imprisonment in Iran, their movies did–discreetly so.

“This Is Not A Film delivers a sharp, measured critique of the conditions that now find him behind bars. A first-person account of the Iranian filmmaker at home awaiting news of his upcoming prison sentencing, it puts a human face on Iranian censorship,” writes Eric Kohn of IndieWire.com.

“[It’s] a moving expression of frustration, as well as an eloquent indictment of Iranian society,” he adds.

Receiving the honor of being amongst the Official Selection of the 2011 Caanes Film Festival, Panahi’s film is a diary in which he talks about waiting for his verdict, whereas Rasoulof’s is a fiction.

Apart from being a political gesture by the Festival de Cannes and the international film community, their selection testifies to the quality of these films.

Gilles Jacob and Thierry Frémaux remind us that, “Panahi and Rasoulof are filmmakers, their actions show that no one can stop them making films. The main reason we have selected these two films is because they are beautiful”.

Rasoulof’s movie, Bé Omid é Didar (Hope To See You), is being presented at Un Certain Regard, and is the fifth feature-length film by Rasoulof, and tells the story of a young lawyer who is pregnant and wants to leave Iran.

The festival is also featuring a series of short films made by Iranian filmmakers through their Court Métrage (or Short Film Corner) outlet:

Click here for more information about the 2011 Cannes Film Festival.

Next post Breakfast in Tehran: Women in Contemporary Iran