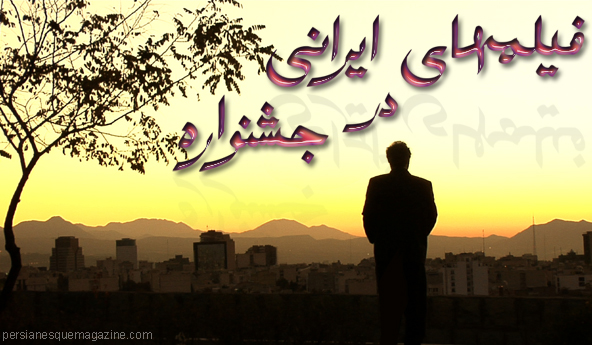 Circumstance
Maryam Keshavarz, Iran/France/USA, 107 mins.
As a young Iranian woman experiments with her burgeoning sexuality, her relationship with her brother sours, and the two siblings become entangled in a triangle of suspense, surveillance, and betrayal.

Gold and Copper
Homayoun Assadian, Iran, 97 mins
A poignant account of a Koranic student who, when he takes over his wife’s tasks when she falls ill, comes to a deeper understanding of the sacred text he’s studying.

The Green Wave
Ali Samadi Ahadi, Germany, 80 mins.
This powerful documentary integrates animation with live-action footage to tell the story of the courageous young Iranians who dared to tell the world about the anatomy of the 2009 political rebellion.

“As a national cinema, I find Iranian cinema to be some of the most interesting in the world,” says Festival Director, Tony Gittens. “The majority I have seen obviously derive from an identifiable culture, but the themes are often universal. What so impresses me, as a Westerner, is that this rich cinema derives from a country with such strict mores.”

The  Iranian films in this year’s Filmfest DC were chosen through “research” Gittens tells us.

“Our programming team previews hundreds of films each year and invites the best to participate in Filmfest DC. The 4 Iranian films were among those chosen because we wanted to illustrate the diversity of what was available. The Green Wave, with it broad political concerns, is different from Gold and Silver, which is a much more personal story. Circumstance, which pushes social boundaries but is traditional in cinematic style, is different from Dog Sweat, which also pushes boundaries, but is non traditional in form.”

The Green Wave, which has received several awards globally, is now up for Filmfest DC’s Justice Matters Award–an award recognizing the usage of film to expand awareness of social justice issues–and is a part of the Deepening the Impact of Social Justice Films program, which is a series of offsite programs and presentations for students and community groups.

General Admission tickets are $11. Tickets are available at Filmfestdc.org, or by calling 1-800-760-9008. On the day of the show, tickets can only be purchased at the theatre.

Free events are on a first-come, first-serve basis and discount packages are available online only. For more information visit: FilmfestDC.org or call 202-234-FILM.