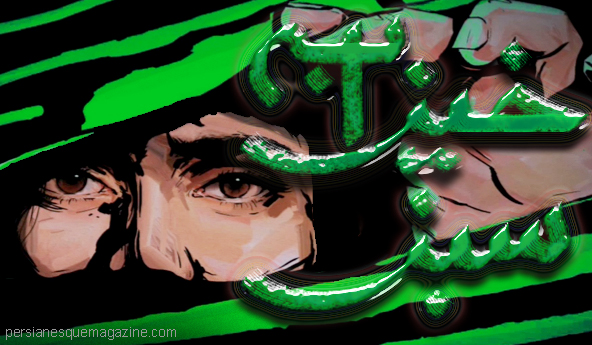 Written and directed by Ali Samadi Ahadi and produced by Jan Krueger & Oliver Stoltz, The Green Wave, is a documentary-collage illustrating the dramatic events caused by the recent events in Iran.

Facebook reports, Twitter messages and videos posted on the internet are included in the film composition, and hundreds of real blog entries served as reference for the experiences and thoughts of two young students, whose story is running through the film as the main thread.

The film describes the students’ initial hope, curiosity, chronic fear, and their spirited courage to yet continue to fight for freedom in Iran.

These fictional storylines have been animated as a motion comic–sort of a moving comic–framing the deeply affecting pictures of the movement and the interviews with prominent human rights campaigners and exiled Iranians.

Ali Samadi Ahadi’s documentary is a very contemporary chronicle of the green movement, and a memorial for all of those who lost their lives for wanting more freedom.

Watch the trailer below: