Theater: It’s Not About Pomegranates! 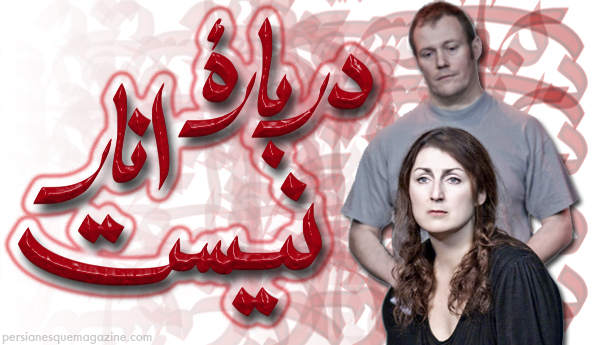 Darvag, an Iranian-American theater group, was founded in Berkeley in 1985 with the dual mission of exploring creative expression in theater arts and maintaining a vital living connection with the group’s Iranian heritage.

Sepideh Khosrowjah’s latest play It’s not about Pomegranates!, is about Atoosa, an Iranian-American playwright and Sean, a San Francisco theater company manager, who meet for the first time to discuss Atoosa’s play. And it becomes immediately apparent that this is not a simple business meeting: Sean’s Office becomes an arena in which casual small talk quickly soars into complex philosophical meditations on life, love and being.

The passion of the encounter turns into a full blaze that leaves nothing but ashes and cinder of long-held cultural and gender stereotypes.