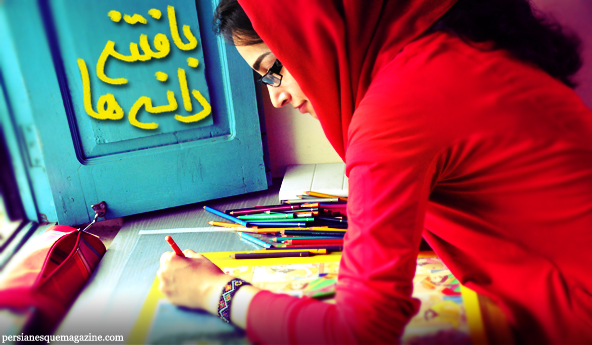 Through the combination of rural and contemporary art, Sowing Seeds, intends to create “conscious awareness about the environment, and the issues that concern villagers and their surroundings in relation to the contemporary world,” curator Vagaram Choudhary, tell us.

“Art is a medium to express these issues, and if the contemporary art process is communicated in their own language, it effectively addresses their sensitivities: The messages do leave an impression on their minds.

“The main motto for the Sowing Seeds project is to “explore this idea on a fairly non-profitable grounds, and as an alternative art space in India we have taken the challenge to organized and welcome different art forms that help in developing the artists, and society of the country as well as the emerging artists.”

Participating artist from Iran, Shirin Abedinirad, via her work(s), gave viewers a peak into the past ties that India had with Iran, as she explored the cultural ties existing during the Mughal-Safavid period.

Shirin chose the Mughal-Safavid period for her works and chose to create a textile block pattern, which can be used as a design on a bed sheet, coat, bag or even a costume.

In one of her pattern pieces Shirin concentrated on two kings, Shah Abbas and Shah Jehan, along with Mumtaz Mahal and Jodhabai, all  celebrating peace together on Shabeh Yalda.

During the 16the century, Iranian ruler Shah Abbas, from the Safavid dynasty and Moghul Emperor of India, Jehangir strengthened their diplomatic relations exchanging embassies.

As a result, the relationships between the Mughal and Safavid monarchs were multifaceted in fields such as trade, religion, art, architecture, culture, literature, calligraphy, politics and diplomacy.

Shah Jehan’s wife Mumtaz Mahal, was of Iranian origin, and his court was filled with Persians scholars and poets. (Persian was the official and court language under the Mughals.)

Iranian painters introduced the art of portrait and miniature paintings in Mughal courts.