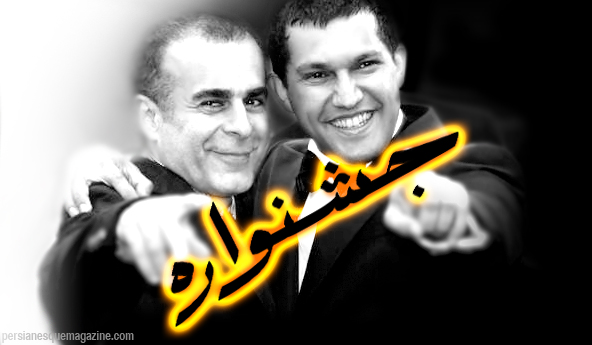 Iranian Film Festival 2011 at the Smithsonian’s Freer and Sackler Galleries’ Meyer Auditorium in Washington, DC starts today and will run through Sunday, February 27, 2011.

The films are in Persian with English subtitles unless otherwise noted.

The movies being showcased are:

No tickets required for films. Seating is on a first-come, first-served basis.

Suggested arrival time is one to two hours before screening.

Please Do Not Disturb
Friday, February 4, 7 pm
Sunday, February 6, 2 pm
This fast-paced, bitterly funny film weaves together three tales: A television host trying to talk his wife out of reporting him for domestic abuse; a clergyman who gets a lesson in urban life when a chatty thief steals his wallet and negotiates its return by phone; and a persistent television repairman’s complicated appointment with a suspicious elderly couple. (Dir.: Mohsen Abdolvahab, 2010, 80 min., Persian with English subtitles).

Salve
Friday, February 11, 7 pm
Sunday, February 13, 2 pm
A crusty grandmother finds herself in the unlikely role of guardian angel to her rebellious granddaughter, who runs away for love of a drug dealer and is left like a tender chick at the mercy of hawks. A sense of moody poetry runs through this story that combines the grimness of the underworld with a palpable longing for family. Two parallel stories merge when a shady developer, who has his own strong-willed grandmother hovering not so gently over his life, has a fateful encounter with the runaway. Description adapted from the Gene Siskel Film Center. (Dir.: Alireza Davoodnejad, 2010, 95 min., Persian with English subtitles).

Frontier Blues
Friday, February 18, 7 pm
A chicken-farm worker whose best friend is a donkey, a clothing store owner whose wares never fit anyone, a man learning English so he can marry a woman he’s never even talked to, and a traditional musician who’s not quite traditional enough for the photographer doing a project on him: These are just a few of the oddballs populating Babak Jalali’s dry, absurdist comedy. Filmed near Iran’s northern border with Turkmenistan—where Jalali grew up—it is steeped in the region’s unique, ethnically diverse culture and sensitive to how the empty, forlorn landscape shapes its inhabitants’ lives. (Dir.: Babak Jalali, 2009, 98 min., Persian and Turkmen with English subtitles).

We Are Half of Iran’s Population
Members of the Women Rights Activists of Iran question candidates in the nation’s 2009 presidential election. Expressing a wide variety of concerns, from the religious to the secular, the issues raised present a vivid portrait of contemporary Iranian politics, made even more powerful by the fact that three of the film’s participants were imprisoned during the post-election crackdown. (Dir.: Rakhshan Bani-Etemad, 2009, 47 min., video, Persian with English subtitles).

Pearls on the Ocean Floor
Sunday, February 27, 2011, 3:45 pm
This fascinating documentary features interviews with a host of Iranian women artists working inside and outside of Iran. Their works reveal a variety of approaches to issues of religion and secularism, the clash between contemporary life and tradition, and changing social conditions in Iran. Their often outspoken opinions challenge stereotypes and raise compelling questions about how Iranian women are represented in the global media. (Dir.: Robert Adanto, United States, 2010, 77 min., English, Persian, and German with English subtitles, video).

Previous post Egypt: Hosni Mubarak to Christiane Amanpour, "I will die on this soil"