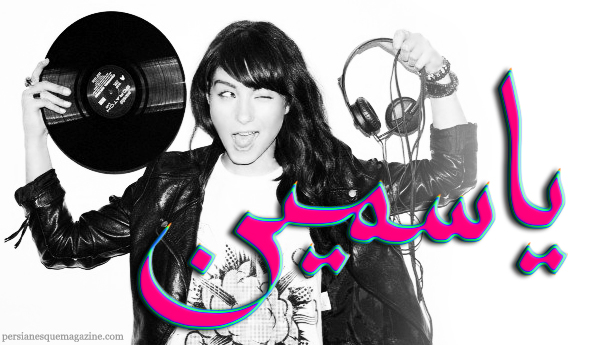 Said to have been discovered by Pharrell Williams as she was spinning at a London club, Iranian-British hip-hop-DJ-turned-singer-songwriter, Yasmin Shahmir‘s debut single On My Own (produced by Levels Recordings/Ministry of Sound) officially hit the market yesterday.

The good news for you, dance music lovers?

This Persian girl can sing!

Previously DJ Yasmin shared the stage with the likes of N*E*R*D, The Cool Kids, Will.i.am, Taio Cruz and Example on tour, in addition to being featured on Devlin’s recent single Runaway and DJed at Ibiza Rocks with Dizzee Rascal.

“I’d always sung and written songs in my spare time,” says the petite and pretty Yasmin. “I was studying at university, but the more I got into DJing, the less I was interested in my studies.

“Radio 1 Extra got in touch and gave me a few slots which gave me the confidence to move to London.”

As for how she sees herself?

“I don’t have a big diva voice like Beyoncé or Whitney Houston. For a long time I convinced myself I couldn’t sing because of that. Then I realized I have my own voice and don’t have to sound like Beyoncé.

“I’ll never give up the Djing its I ll such a part of me but right now I’m focused on my own music.”

Her new single On My Own is out now: Buy it now on iTunes or on Ministryofsound.com.

Next post Egypt: Hosni Mubarak to Christiane Amanpour, "I will die on this soil"