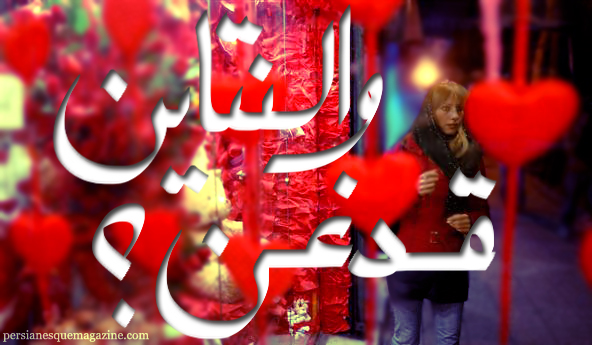 Iran has banned “the production of Valentine’s Day gifts and any promotion of the day celebrating romantic love to combat what it sees as a spread of Western culture,” AP reported this week.Iranian authorities included gifts such as cards, boxes with the symbols of hearts, and red roses as part of the things that should avoided.

Considering the day is in celebration of a Christian saint, we’re not completely surprised that the hardliners feel the need to have this mostly commercially-charged “holiday” removed from social recognition in Iran. After all, Iran’s strict Islamic laws forbid single men and women to socialize as is, especially…romantically.

A notice sent out about the ban by the union read: “Printing and producing any products related to Valentine’s Day, including posters, brochures, advertising cards, boxes with the symbols of hearts, half-hearts, red roses and any activities promoting this day are banned. Authorities will take legal action against those who ignore the ban.”

Would letting Iranians who wish to celebrate this heart-filled day (and spend a little money for their honey–which is ultimately good for the economy, even if for a day/week) be so bad?

Iran does have many important holidays of its own–which ironically aren’t easy to enjoy fully in Iran considering all the restrictions–but, also, Iran has historically been a place of tolerance and coexistence amongst all types, so why not accept the effects of globalization…?

What do you think?

Next post Make a Donation: Support the Omid Foundation by Shopping Online

Previous post Persian Cuisine: Saraban, A Cookbook for Everyone