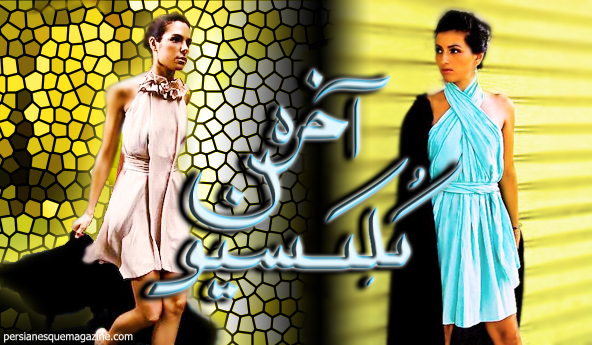 Have you been following season two of Bravo‘s The Fashion Show: Ultimate Collection?

And we were planning on rooting for the show’s first Iranian contestant, fashion designer Golnessa Farmanara, all the way to the end. Then, during the Reel to Genteel episode–where  the designers are tasked to create dresses for Real Housewives of O.C. and New Jersey cast members as part of a make-under challenge–our hopes became outmoded…

Unfortunately for Golnessa (and her fans), being paired up with the O.C. cast’s youngest (and perhaps most in shape) member, Gretchen Rossi, did not work out to her favor, and she was eliminated from the Bravo hit.

Fashion Show: Ultimate Collection judge and host, Isaac Mizrahi says of our petite Persian girl on his video-blog: “I was actually crying when she got eliminated; cause I love Golnessa.”

Adds Mizrahi: “And, you’ll notice it in my voice, when I said buh-bye darling…you could sort of hear, the kind of cracking in my voice, as we said goodbye to [her].”

It was not her time to go: “I think I left the show way too early. I had so much more to show.” Golnessa says.

So, would she do it again?

“I would do it again because I learned so much about myself as a designer, I met amazing people which I became so close with, and all in all it was a great experience.”

“I learned how to work with a big group of people, learned to do everything faster, and of course learned a lot of quick sewing techniques.”

What do YOU think?