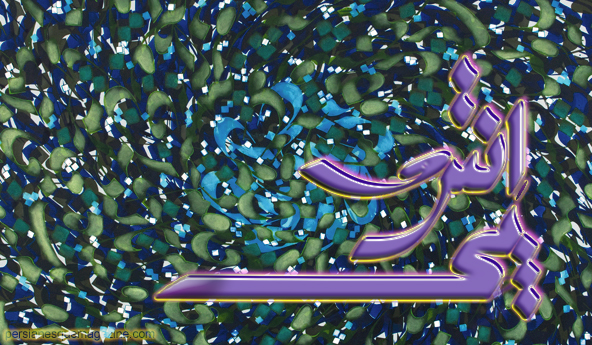 New York – An exhibition of 12 new paintings by Pouran Jinchi that explore chaos and disorder will be on view at Leila Taghinia-Milani Heller (LTMH) Gallery from November 17 through December 21, 2010.

The work, from Jinchi’s Entropy series, is composed of intricate layers of calligraphic forms and markings, which develop organically on the canvas.    A fully illustrated catalogue will accompany the exhibition.Born in Iran, New York-based Jinchi employs the use of language to deconstruct Persian script to its most basic elements on her canvas.  A true reading is rendered impossible, and the viewer is left with forms moving in space.  The forms can be seen as tools depicting the idea of language and letters that transcend their implied meaning.

As art historian Media Farzin writes in the catalogue essay: “Pouran Jinchi’s paintings are covered with swarms of Persian letters.  The surfaces pulse with movement.   Their visual impact is undeniable.  But they are not easy to decipher—even for Persian-speakers, even for those familiar with the poetry she copies, which she prefers not to reveal; even for those versed in calligraphic conventions, which she subtly transforms.  Are they to be read or to be looked at?  Are they abstractions, semi-abstractions, landscapes, whirlpools, cosmic floating bits?  They gleefully disperse.”

Pouran Jinchi studied painting at the University of California, Los Angeles in 1989, followed by studio painting at the Art Students League in New York in 1993. She has exhibited extensively with shows in New York, Japan, Germany, and the United Arab Emirates, and is featured in public collections including the Federal Reserve Bank, New York; The Arthur M. Sackler Gallery, Smithsonian Institution, Washington, D.C.; and the Brooklyn Museum, New York.

Work by Pouran Jinchi was recently seen in New York at the Brooklyn Museum, the Queens Museum of Art, and at the Chelsea Art Museum.

Next post Life as a Visitor: Interview with Angella Nazarian

Previous post I Am I Am Not: Roya Bahrami’s New Album