"Anytime someone is at such a loss they contemplate or carry out a suicide...It is obviously sad." MTV's resident Persian actor, K-von tells us. "I would hope people realize whatever is bothering them now, won't even matter in five years. In gym class as a pre-teen, I was once de-pantsed and thought it was the end of the world. Little did I know I would look forward to it later in life." 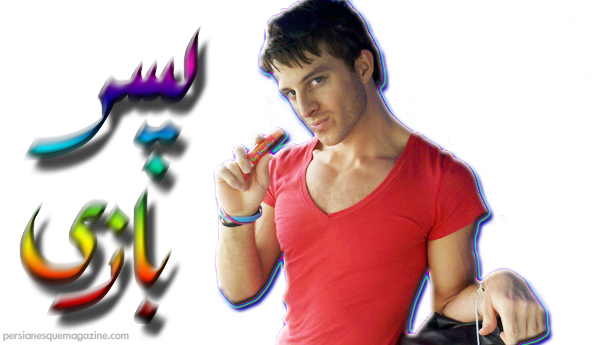 In the midst of a recent increase–or perhaps more coverage-receiving cases–of teen bullying, specifically: Gay teen bullying in the US and Canada, which have led to multiple suicides in the last few weeks alone, MTV airs its first-ever gay episode of its hit-show; Disaster Date.

“Anytime someone is at such a loss they contemplate or carry out a suicide…It is obviously sad.” MTV’s resident Persian actor, K-von tells us. “I would hope people realize whatever is bothering them now, won’t even matter in five years. In gym class as a pre-teen, I was once de-pantsed and thought it was the end of the world. Little did I know I would look forward to it later in life.”

This is a prime example of a project that I felt was appropriate within the context. I was thrilled to be ‘the dater’ on this because I knew I’d play it well and get a lot of laughs. When looking at the idea, we knew we had pranked tons of girls so it was only fair to throw one guy in the mix. To play a hot-headed gay sports fan was just hilarious–considering in between asking a guy about his romantic interests, I was able to start screaming about a football score that he had absolutely no interest in. It was funny to watch his face progressively fill with disappointment, while knowing he still wanted to hang in there for a possible second date.”

K-von, whose Bostonian accent was beyond wi-ked on the Disaster Date episode: Masshole, says he’s been imitating accents since he was a kid:

“I can also do Southern, New Jersey-ian, British, Persian, and Russian accents. (But only if I’m in a jam.)”

And in preparation for his role, K-von tells us he reached out to some friends from the East Coast and “watched The Departed and Good Will Hunting multiple times, and googled as much as [he] could about Boston Sports. And, with only 24 hours to prepare…I think you’d be as proud as I am that it came together so well.”

So…How was he able to keep a straight face (no pun intended) during this ultra-hilarious skit?

“Well, once you prepare, stay focused, and perform regularly…You don’t really feel the urge to laugh. With that said, at times on this date, [the dater] was such a character that I could not have prepared for things like him petting my face, which almost caused me to break character.”

“One thing I would do each time I received a challenging script was go for long walks and brainstorm funny terms,” continues the handsome Persian artist. “For this particular date, I came up with the term: Bostophobic, which was perfect, because it shows people I’m sensitive to people picking on me for who I am, which I knew my date would relate to.”

The best part is I’ve been hearing people use that term quoting me, and I’m very honored by it!”

Filming its final season, Disaster Date is wrapping up right now. “I don’t know if we’ll be doing anymore,” K-von quips. “So…For now, just watch the episodes on my youtube channel and enjoy!