Among the highlights from the exhibition will be a work from Shoja Azari and Shahram Karimi’s Silence Series, 2007-2008, which incorporates painting and video to create a moving painting. 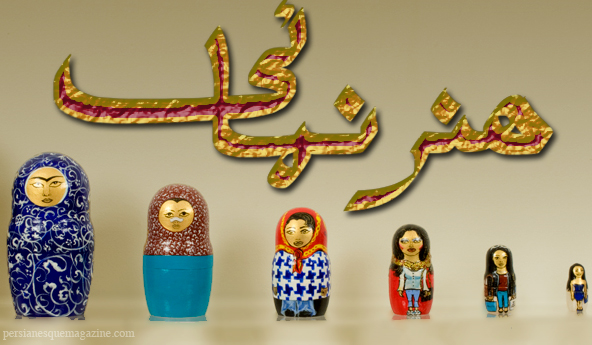 Southampton, NY–An exhibition showcasing the work of important and emerging artists from the Middle East, Turkey, Europe, and the U.S. will be on view at Tripoli Gallery of Contemporary Art at 30A Jobs Lane in Southampton from September 1 through 29, 2010.

East Meets West on the East End will feature painting, sculpture and video by 12 contemporary artists.  The exhibition is co-presented by Leila Taghinia-Milani Heller (LTMH) Gallery, New York, and Tripoli Gallery, Southampton, and organized by Leila Heller.  An opening for the exhibition will be held on Wednesday, September 1, from 6 to 8 p.m.  A portion of the proceeds from the exhibition will benefit the Southampton Fresh Air Home, a camp for physically challenged children.

Among the highlights from the exhibition will be a work from Shoja Azari and Shahram Karimi’s Silence Series, 2007-2008, which incorporates painting and video to create a moving painting.  Carefully filmed abstract images of natural landscapes are projected onto a canvas depicting a painted landscape.  The moving image is superimposed on the painted canvas, and the subtle movements of wind and water suddenly bring the flat surface to life, imparting an element of real time onto an otherwise frozen moment.

A wall installation of watercolors of nudes from 2007 by Martin Saar will be on view.  Best known for his portraits of celebrities, Saar was born in Estonia and has lived in New York City. His first solo exhibition was held at Leila Taghinia-Milani Heller Gallery in New York in 2006, and since then his work has landed in prestigious private collections and attracted major commissions.

Elizabeth Thompson, who has studios in New York City and Florida, will show new work for the exhibition.  From a close vantage point, her luscious paintings of flora seek to reveal the sublimity of the natural world.  Often inspired by the Florida Everglades, she completed an artist residency in the National Park.  She has exhibited extensively in the U.S. and Europe since 1974 and has completed more than 20 mural commissions.

East Meets West on the East End will also include a number of sculptures:  Rachael Hovnanian’s Body Armor, 2009, in cold cast marble, offers a woman’s one piece bathing suit as though it is being worn by an invisible female form.   Paris-born, San Francisco-based artist Alexis Laurent presents a riff on Faberge eggs with his large sculpture L’Oeuf, 2010.