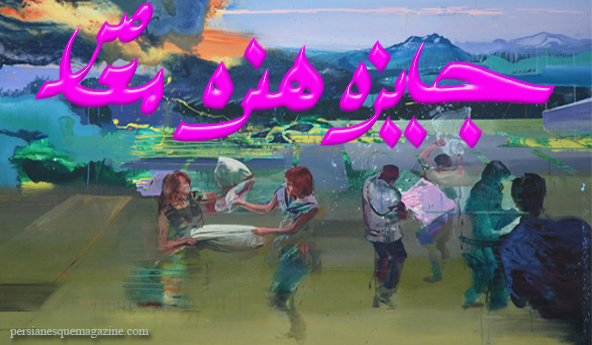 “For the past three years, because of censorship in Iran and some other problems, I have had no official exhibitions and have not been able to create any work.  So with best wishes for Magic of Persia I won’t be able to participate in MOP CAP 2011.” Anonymous.

The first of its kind, Magic of Persia Contemporary Art Prize (MOP CAP) is a global search to identify the most talented emerging Iranian artists from both its homeland and the Persian Diaspora.

The MOP CAP judging panel is made up of experts in contemporary Iranian art and culture from around the world and will be chaired by Canvas Holding Founder, Ali Khadra. Further panellists include the Serpentine’s Director of International Projects, Hans Ulrich Obrist, architect Zaha Hadid and artist Idris Khan, amongst others.

A shortlist of up to 20 artists will be announced at a charity gala in Abu Dhabi later this year. The judging panel will then set to work on selecting their chosen finalists; each of whom will exhibit works at the Royal College of Art in London.

The winner of the prize will be announced at a prize giving ceremony at the Royal College of Art in 2011 and will be awarded a solo exhibition at an exhibition space at the Saatchi Gallery the subsequent year.

MOP CAP is dedicated to the development and establishment of the careers and profiles of the next generation of Iranian artists, and in doing so, aims to contribute towards the long-term advancement of Iranian art and culture worldwide.

Magic of Persia was founded in 2004 by Shirley Elghanian, an Iranian woman living in London, who recognised the importance of preserving the cultural heritage of her home nation as well as helping Iran’s next generation of artists.

The charity has achieved resounding success with their series of educational projects, bursaries and community programmes, and are now eagerly anticipating the launch of their new art prize in June, 2010.