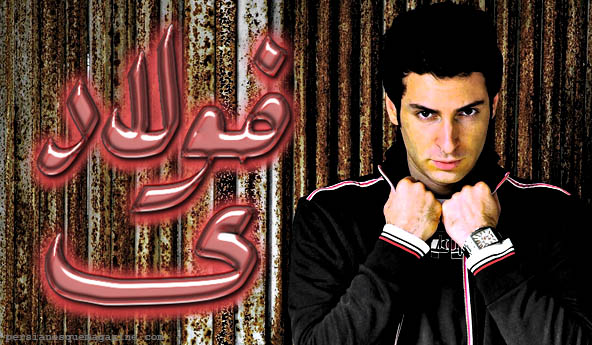 DJ/Producer Masoud Fuladi (also known as: DJ MaSound) lives by the Caspian Sea in Northern Iran–Bandar-e Anzali in the province of Gilan to be exact–yet he works with some of the dance music industry’s biggest and coolest…albeit virtually.

“It’s not commercial music, so it’s hard to get the point of view from listeners.” He tells us via Skype of being voted number #1 Tune of the Month by listeners, on Ferry Corsten‘s super-popular radio show in May.

“Progressive and trance audiences like more emotional and melodic tunes, and I’m beyond flattered that I was able to create something that they loved! Jaren and Laurie wrote the lyrics to Blinded to make you think about something…above. It’s not casual: describes people who get Blinded with routines and end up missing out on the most important things in their lives.”

(The modest producer’s track Blinded was also selected by elite global DJ Armin van Buuren, as the “Tune of the Week” in the genre’s biggest radio show: “A State Of Trance.”)

Fuladi, whose ability to create such dance-worthy beats using his charming musical instincts–and his keyboard to arrange his songs initially–was recognized not long ago by Jaren (Armin Van Buuren’s Exclusive Singer): Entranced by Fuladi’s “unique production style,” and his “retro-esque sound paired with the essence of a racy Bond movie” Jaren describes Fuladi’s work as a “cinematic listening experience.”

And with the support of universally-renowned DJs and heavyweights like Armin van Buuren, Above and Beyond, Ferry Corsten, Andy Moor, John OíCallaghan, Lange, Gareth Emery, and more…Fuladi is now an Exclusive Artist of Flashover Recordings, founded by Ferry Corsten.

Having done a few remixes for Iranian artists Babak Rahnama and Kaveh Yaghmaei, Fuladi’s other hits include his first track: “Leave it all Behind,” and the delicious; “Staring at the Sea.” (A remix he made for DJ Eco’s new project: Pacheco.)

*For more info, visit Masoud’s page on Myspace or connect with him on Facebook.

VOXIS vs. DJ ANDI – To The Moon (Dj MaSound Remix)

Next post London Art Exhibit: Fereydoun Ave and his Rostam

Previous post Going to the Movies - Prince of Persia: The Sands of Time is a Fun-tastic Visual Adventure