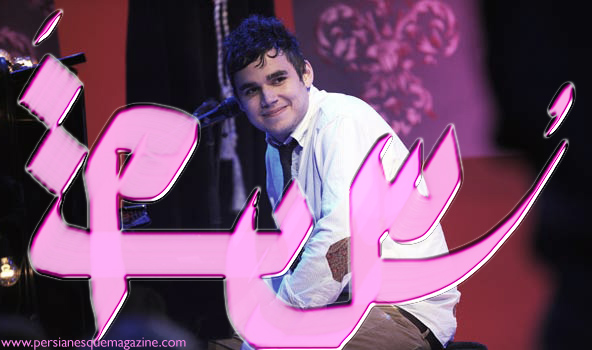 And…He’s not the only famous one in his faameel (family).

Son to Persian cookbook-queen and frequent guest at the Freer and Sackler Galleries in Washington, DC: Najmieh Batmanglij, Rostam Batmanglij is a brilliant musician and songwriter. (Clearly, the talent runs strong in his genes.)

The Columbia-educated Persian rocker’s recent appearance on Saturday Night Live (click here to watch the full episode) with host Zach Galifianakis–along with his Vampire Weekend band-mates–is concretely the launching of innumerable and increased industry recognition as well as appearances, ahead of him.

Featured in the January 2010 issue of Vogue Magazine, Rolling Stone Magazine’s Will Dana wrote of Vampire Weekend’s 2008 debut: “The music had a bracing smartness, as overdetermined and detailed as a Wes Anderson movie, almost perfect for what it was, but you wondered how they’d handle the real world.”

Their new album Contra, is: “brainy, confident, and generally awesome.” Dana opines. “The drums are bigger, the guitars are faster, and the songs are outfitted with synth beats and hip-hop, reggae and electro accents.”

Watch The Malloys-directed music video for “Giving Up The Gun,”–a track off the Contra album–which includes cameos from Joe Jonas of the Jonas Brothers, Lil’ Jon, RZA of  Wu-Tang Clan, and Mr. Prince of Persia himself: Jake Gyllenhaal, below.

Buy your copy of Contra on iTunes or on Amazon.

Next post 2010 Census Forms: Don't Forget to Complete and Return Them