Funny in Farsi on ABC: Maz Jobrani Takes Over Your Tube 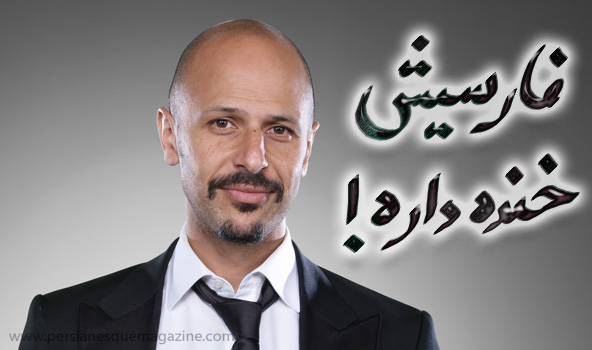 Iranian-American actor and mega-comedian, Maz Jobrani, is set to star in ABC’s first Iranian-American comedy pilot based on Firoozeh Dumas’s book about growing up in the 1970s in Newport Beach, California: Funny in Farsi.

For those that know, Persian humor is truly some of the most clever and unique form of comedy. And with Maz Jobrani’s timing and skills, we’re positive that he’ll be providing some authentic Persian flavor to the mainstream tube; which will surely prove to be funny in English as well.

How does Maz feel about being a part of this project?

Airing of Funny in Farsi, the show–which is set to tape in LA–is important because: “I can finally have a consistent job in LA near the family.” Maz jokes. “But seriously, it would be great for Middle Easterners in America to have this on the air–kind of like a Persian Cosby Show. Also it would be good for all of America to see a positive Persian family. Let’s call it the anti-‘Not Without My Daughter.'”

Does he think America is ready for Funny in Farsi?

“I hope so. They’ve written it in a way that it’s kind of like ‘Wonder Years’ from an Iranian girl’s point of view. I think that helps it be palatable to the country.”

Although Maz is “not sure” whether we will be hearing some Farsi on the TV show, he does assure us that they will at least “get to say AH!”

The family-centric sitcom will be directed by Barry Sonnenfeld, and Jobrani will play the dad, Mohammed Sayed Kazem Jazeyeri (aka Kaz), who is “an engineer for an oil company who emigrated with his family from Iran to Newport Beach.”

To support this project, become a fan of the Funny in Farsi page on Facebook.

You can also watch Maz’s comedy special, Maz Jobrani: Brown and Friendly currently airing on Showtime On Demand until January 28, 2009.

Next post MTV's Jersey Shore: K-von, Snookie, and The Situation