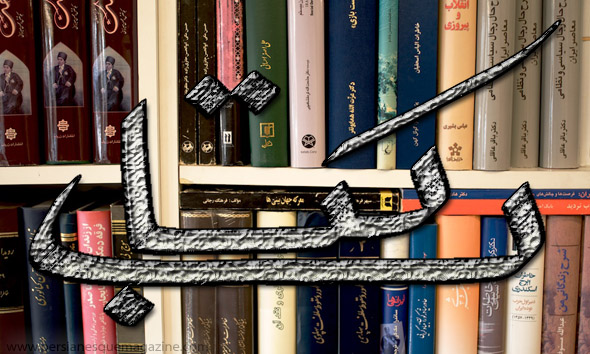 Ana Lily Amirpour is working on her next project, a short film called KETAB, about a lonely young guy in Tehran who goes to buy a book.  On the surface it appears to be a very basic story, but as it unfolds, a more intricate world is revealed, one that touches on the current dichotomies faced by Tehrani youth and their fight for basic freedoms.  The film will star Sam Golzari who debuted as the star of American Dreamz and 21.  Co-stars include exciting up-and-coming Persian talent like comedian Max Amini and actress Sheila Vand, as well as veteran Iranian actor Marshall Manesh who has appeared in dozens of films and television shows including Year One, True Lies, How I Met Your Mother, Will and Grace and Entourage, among many others.

“KETAB is actually a scene from my feature script THE STONES. I plan to use this short film to show the industry that a foreign film about Iranian youth is not just important and topical, it’s also a fun ride as well… with what’s going on in Iran today, it’s never felt more necessary to tell these types of stories.” Amirpour says.

Last year the feature script for THE STONES went to Tribeca Film Festival’s All Access program where it won the prestigious Adrienne Shelly Fellowship.  This award and the continued support from Tribeca Film Institute has allowed her to keep moving forward with her project.

“There will be a ‘special presentation’ of my feature project at the Tribeca Film Festival this April where they will screen KETAB… it’s great exposure for my feature film which I hope to be shooting in fall of 2010.”

Ana Lily is actively raising funds for production costs of KETAB.  If you want to support KETAB please visit the film’s fundraising sight Indie-a-go-go where you can make a tax-deductible-donation to the film and be given a credit in the movie.

Ana Lily Amirpour has won several major awards with her feature screenplay THE STONES, including 2007 Grand Prize Bluecat Screenwriting Competition, 2009 Tribeca All Access Participant and 2009 Adrienne Shelly Fellowship.  She is co-founder of Say Ahh… Productions, an independent company creating cutting edge film, music videos, and her films have screened at major festivals around the world.

Next post Iranian-American Man of the Year: Borzou Daragahi