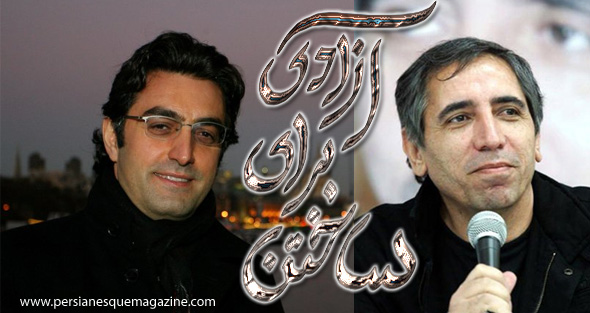 The Freedom to Create Prize is pleased to announce that renowned human rights advocate Bianca Jagger will present the main award at its prize ceremony on Wednesday 25 November 2009 at the Victoria & Albert Museum, London.

Two Iranian creative and intellectual minds are amongst 1,015 artists from 110 countries who entered the lineup to receive the reward estimated at $125,000 USD. Politico-artist Mohsen Makhmalbaf and photographer/journalist/playwright/film-maker-extraordinaire, the recently released from Evin prison after 118 days for having covered an “illegal election”, Newsweek reporter Maziar Bahari.

Bianca Jagger, Founder and Chair, Bianca Jagger Human Rights Foundation, is delighted to support the Prize, which uses art to promote social justice and inspire the human spirit in places of despair and destruction: “Throughout history, artists have recorded and denounced the abuses and horrors of their time, from the graphic depiction of war atrocities in Francisco Goya’s Disasters of War, to Picasso’s Guernica, to the simplicity of Andy Warhol’s image of an empty electric chair. Artists can exert great influence on people’s hearts and minds; they show us both the world’s beauty, and its horrors; each time an artist is censored our society moves further away from enlightenment.”

Richard Chandler, Founder and Chairman of Orient Global, a private investment group that organizes the prize, praised Bianca Jagger’s passion for human rights and social justice. He said her presence signified the power of the prize in celebrating and defending artists on the frontlines.

“The Freedom to Create Prize celebrates the power of art to fight oppression and heal broken societies. With her long history of supporting human rights initiatives we’re delighted that Bianca Jagger is involved with the prize this year.”

Freedom to Create is an initiative that seeks to improve lives by addressing society’s ability to support and sustain creativity. The initiative focuses on those societies in greatest need.

Next post The Masked One: Interview with Iranian Artist ABCNT