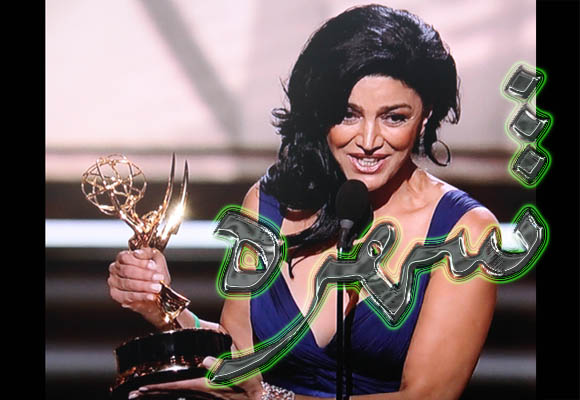 Iranian actress Shohreh Aghdashloo walked off the stage at the 61st annual Emmy Awards, a green-wristband-wearing winner for her nomination in the “Supporting Actress in a Miniseries or Movie” category Sunday night in Los Angeles, which makes her the first Iranian to win an Emmy Award for her grouping.

We had predicted that the baritone-voiced actress would get at least an Emmy nod for her role as Sajida in HBO’s House of Saddam, but we hadn’t considered the fact that she would be joining the ranks of previous winners like, Anne Bancroft, Mary Tyler Moore, and Judy Davis.

Handed her golden statue by Kevin Bacon and Kyra Sedgwick, Aghdashloo thanked her husband Iranian actor and TV personality Houshang Touzie and their daughter. “Without your understanding, your love, and your support I would have not been able to be here.”

“I am honored and so blessed,” said Aghdashloo of her accolade. “I cherish this more than you can possibly imagine.”

Noticeably absent from her acceptance speech?

A nod to the Iranian movement.

Next post Human Screen Protest Against Ahmadinejad in New York