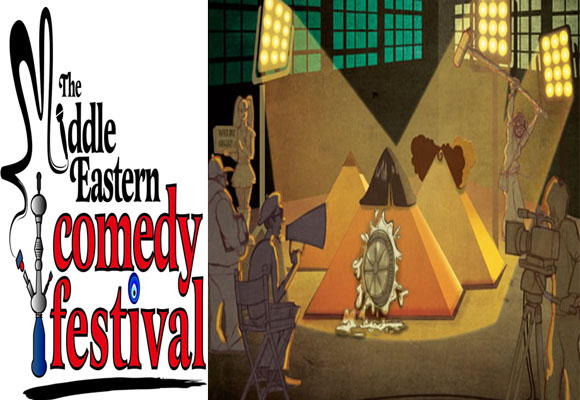 In an effort to “use comedy to change stereotypes in film and television,” the first-ever Middle Eastern Comedy Festival is set to kickoff on September 22nd, 2009 in Los Angeles.

The intent of the multicultural show is to “change the way the entertainment industry perceives and portrays the Middle Eastern culture…one laugh at a time.” And we’re certain that you don’t want to miss the series of shows, or you’ll miss the first successful Iranian female comedian, the sharply hilarious Nadine Rajabi, whose most recent comedy tour, “Hot Tamales” aired on Showtime.

“Our whole purpose is to dispel the stereotype of the ‘Hollywood Arab,’” says Ryan P. Shrime, co-Executive Producer of the Festival.

One of the main reasons (outside of general support for Iranian artists) you may want to attend, is the aim of the show: “[creating] a stronger and more effective network of Middle Easterners in film and television, as actors, writers, directors and producers, in order to help create roles that are more objective, honest and three-dimensional. “

“One day I’d love for us to create programming that alters the way people view our cultures,” says Ronnie Khalil, co-Executive Producer.

The Festival is said to “not only present comedy with a distinct cultural flare, but [it] will intentionally focus on humor that is funny for the sake of being funny—that can appeal to everyone, Middle Eastern or not.”

“Of course, we’d never promise that it will all be politically correct,” Ryan warns.  “That just wouldn’t be fun!”

Detailed Festival schedule and ticket info for all shows can be found at: MidEastComedyFest.com.

Next post The Power of Interview: Christiane Amanpour Launches Own Show on CNN