Movie: Disney’s Prince of Persia – The Sands of Time 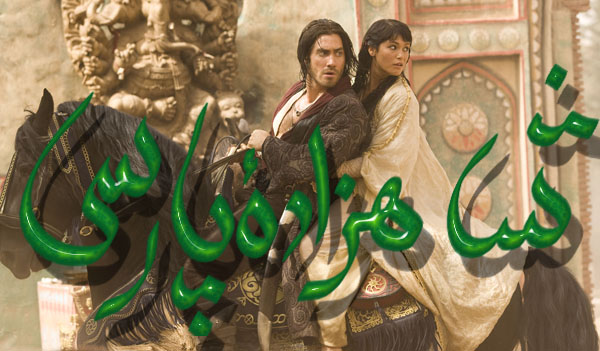 We know you’re restlessly anticipating the release of Prince of Persia: Sands of Time on May 28th 2009, but to help ease your simmering excitement a little, we have some new information on the movie and its storyline, just for you!

Prince of Persia: Sands of Time, described as “an epic action-adventure set in the mystical lands of Persia”, is about a “rogue prince (played by Persian-looking Jake Gyllenhaal) who reluctantly joins forces with a mysterious princess (Gemma Arterton)” and they “race against dark forces to safeguard an ancient dagger capable of releasing the Sands of Time—a gift from the gods that can reverse time and allow its possessor to rule the world.”

And considering that Prince of Persia: Sands of Time–also starring Ben Kingsley who coincidentally played an Iranian-American in the movie House of Sand and Fog alongside Shohreh Aghdashloo– is heading to a theater near you on Memorial Day Weekend, 2010 as the result of a collaboration between the same team that brought “Pirates of the Caribbean” trilogy to the big screen, Walt Disney Pictures, and the brilliant Jerry Bruckheimer… we can only imagine the action-packed, adventure-filled, and crisp life-like animation awaiting to enliven our senses in the not-so-300-esque blockbuster.

We can’t wait to see this Prince of Persia in all its Persian splendor! (Even though it was filmed near Marrakesh, Ouarzazate and Erfoud, Morocco, as well as the Pinewood Studios in the UK.)