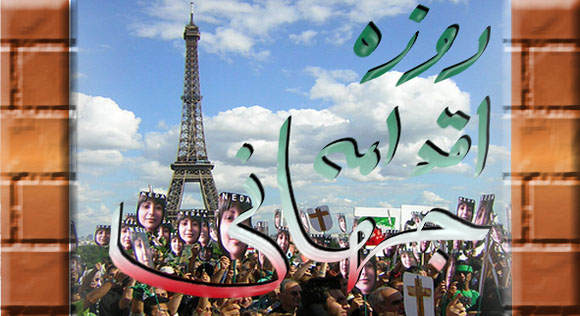 As an Iranian, we’re just as proud of our people for their bravery and fight for freedom as you are, but we are now also super-impressed and highly appreciative of our fellow compatriots (and non-Iranian friends) around the globe, who united for Iran at countless rallies in numerous cities held on July 25th.

We just love that our global Iranian-community has found a cause to agree on.

We’re beyond energized by the fact that the Iranian diaspora is giving unity a chance, and working together to show their support for Iranians in Iran.

Thanks to United4Iran.org for the call to action and compassionate people, from all over the world, who came out to support Iranians and and stood united with the people of Iran yesterday.

Check out these videos to rallies in the following cities:

(Have cool pics or video from a rally you went to? Send it to submissions@persianesque.com, along with your name and rally location, for posting eligibility!)

Art for Everyone: Interview with Iranian Artist Farzad Kohan