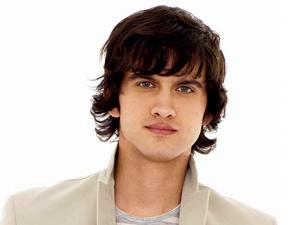 As we predicted, Michael Steger, the actor cast to play the character of Navid Shirazi in the new Beverly Hills 90210 spinoff – set to air this September – is not of Iranian descent.

Steger is actually of Ecuadorian, Austrian, and Norwegian origin.

It was probably really difficult for the producers and casting department to find a real Persian in Greater LA.